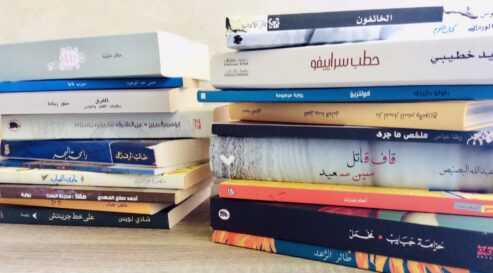 LEILA: Arabic Literature in European Languages is a three-year project, co-funded by the Creative Europe Programme of the European Union, aiming to create tools and structural dynamics to promote, translate and circulate contemporary Arabic literature by addressing the whole ecosystem of literary translation in Europe with three key actions: bringing together a network of experts from the Euro-Arab literary field, providing capacity-building opportunities for translators, and publishing of a catalogue of recommended titles New Books in Arabic.

The project will be implemented by a consortium of  partners led by the Paris-based iReMMO – Institut de Recherche et d’Études Méditerranée Moyen-Orient, and, in addition to LAF, includes Al Jumhuriya – an online platform for Syrian news and analysis, ATLAS – Association pour la promotion de la traduction littéraire in Arles, the international arts venue Bozar in Brussels which hosts the Mahmoud Darwish Chair, and Editions Elyzad, a Tunisian publisher working in French. The well-known ArabLit website and ArabLit Quarterly magazine and the Egyptian publisher Dar Al Tanweer are among the associated partners.

LEILA builds on a large-scale project carried out in 2010-2013 under the auspices of the Anna Lindh Euro-Mediterranean Foundation for the Dialogue Between Cultures (ALF), in which Literature Across Frontiers and Transeuropéennes were main partners and which consisted of a series of workshops and conferences formulating strategy for translation in the region, informed by an extensive mapping of translation flows in both directions. The role of LAF in the LEILA project will be to continue the work started more than ten years ago by updating the research with new elements and bringing together a network of literary professionals across the Euro-Arab literary field. The project has identified key needs and opportunities and developed a plan for research, networking, training, production and dissemination over the coming three years, aiming at increasing awareness of contemporary Arabic writing and its translation into European languages. The research part of the LEILA project, which will produce new studies of translation flows and books markets related to Arabic literature, is co-funded by the Anna Lindh Foundation.