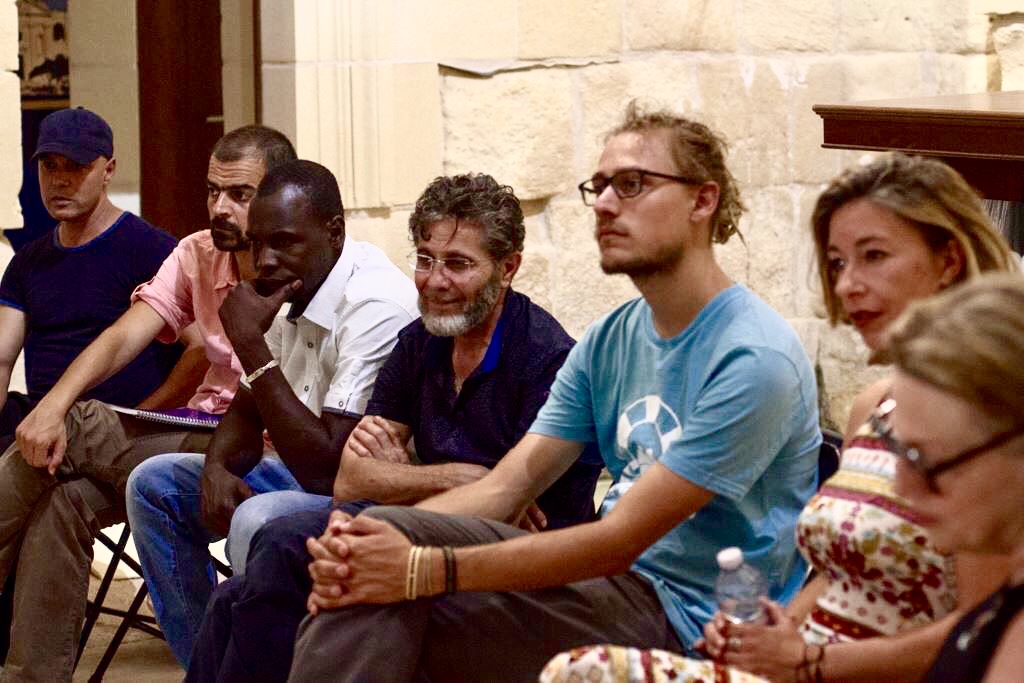 Literary Europe Live Plus (LEUL+) developed from our previous activities and partnerships, and particularly from the preceding Literary Europe Live project which highlighted and promoted emerging European writers through live events and opportunities to participate in international literary festivals. LEUL+ focused on achieving cross-cultural understanding through literature and the arts, promoting Europe’s growing cultural and linguistic diversity, and fostering connections with literary organisations outside Europe through our long-standing collaborations in the Euro-Mediterranean region and Asia.

The LEUL+ project aimed to formulate a new vision for literary Europe in response to growing societal divisions and need to better represent diversity in the cultural sphere by creating professional opportunities for literary creators who came to Europe as refugees from conflict zones. For this strand, the partners devised a programme of collaborative residencies, workshops, public debates and performances that brought refugee creators together with counterparts and audiences outside the countries where they have settled, with the aim of highlighting the contribution of refugee and immigrant artists to developing and redefining European culture.

The second strand aimed at strengthening our connections with literary organisations and extending audiences outside Europe. The programme developed within this strand continued our work with festivals and book events in countries connected to Europe through colonial histories, and aimed to promote a diverse and multilingual European literary landscape to counter programming tendencies focused on anglophone literary production. The target countries were in Asia, where the project benefited from our previous activities and extensive network of contacts.

The project enhanced the partners’ ability to work transnationally, gain a better understanding of cross-cultural curatorial practices and adopt audience development methods based on inclusivity and recognition of diversity. The partners explored ways to innovate their programming and develop new models of digital dissemination. The latter was accelerated by the outbreak of the Covid-19 pandemic which shut down venues and restricted personal contact but opened up new possibilities for virtual working, artistic collaborations and reaching new audiences, as well as promoting environmental sustainability and equitable access, especially for artists, professionals and organisations in locations that have been traditionally perceived as peripheral.

Find more information of activities carried out in the framework of this project by searching for Literary Europe Live Plus or LEUL+.