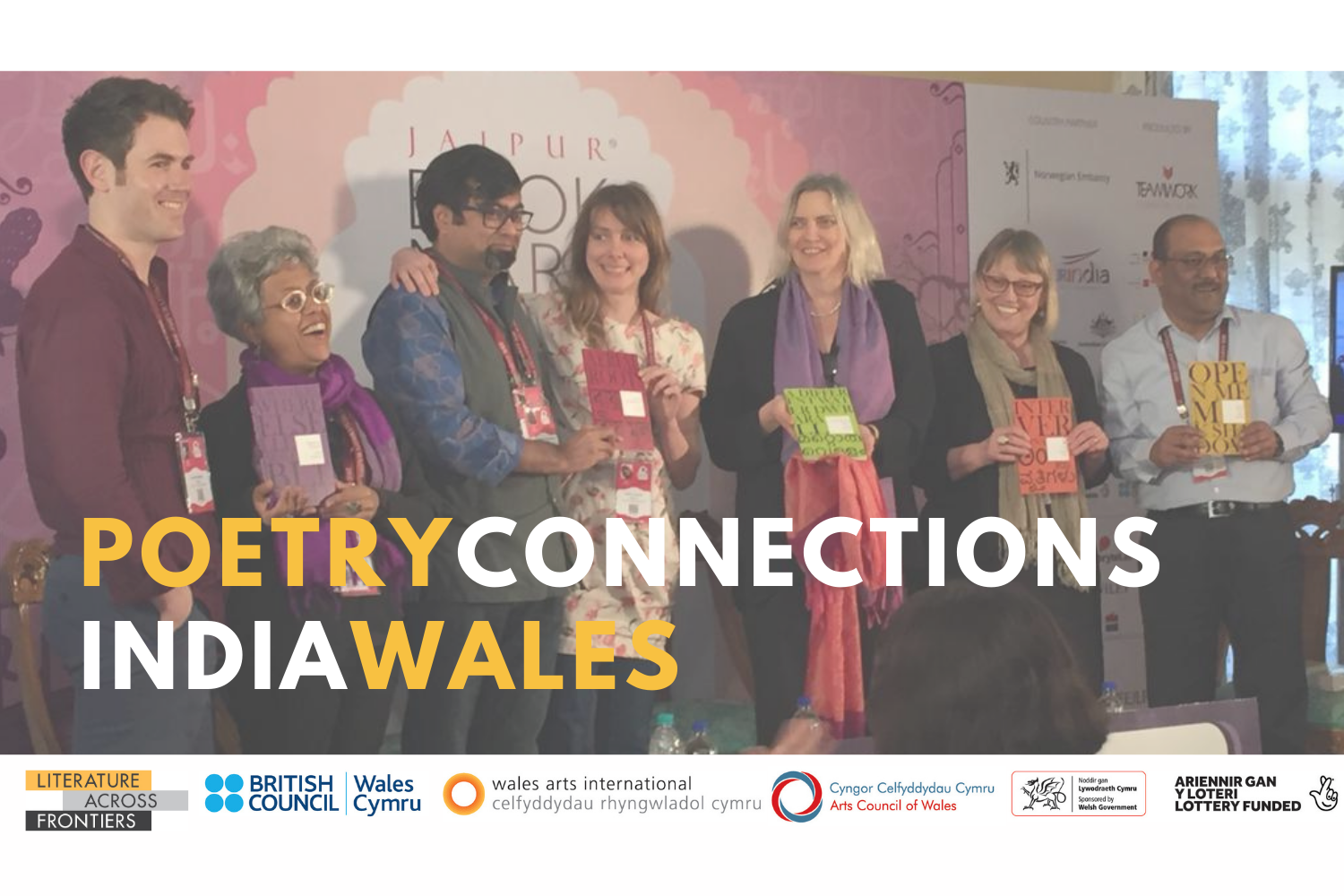 We are revisiting our project Poetry Connections India Wales on the occasion of Diwali Cymru 2020 and the Connections Through Culture programme prepared by British Council Wales with a session on literary collaborations between India and Wales during the UK India Year of Culture three years ago. We have reconnected with the ten poets who participated in the project and asked them to look back at the experience and read from the work they co-created on video. You can watch a trailer and the videos on our channel below.

Poetry Connections India Wales was one of the literary projects selected for the UK India Year of Culture programme on the occasion of 70th anniversary of India’s independence. The project brought together poets from both countries in a series of collaborative residencies that made it possible for them to ‘trade places’ by exploring each other’s home location and create new work. Alternating between the hustle and bustle of Indian metropolises and the peace and quiet of Welsh towns and rural locations, the project spanned the two countries from Thiruvananthapuram in South Kerala to Shillong in the North-East, and from Bangor in North Wales to Swansea on the south coast.

The poets addressed the theme of ‘independence’ in a series of creative encounters that had a ripple effect on the immediate environment in which they live and work. In artistic practice, independence means freedom to think, act and create beyond the confines of convention and economic necessity. But successful independence – of communities and individuals alike – also involves co-dependence, collaboration and understanding across divides and differences. At a time of global change which sees increasing friction between nations, groups and identities, the project aimed to open up a unique dialogue and formulate new narratives and ideas that would both uncover and move beyond difficult histories.

The project was launched in May 2017 with readings by the Kannada poet and translator Mamta Sagar at the Wales International Poetry Festival in Aberystwyth, Caernaforn and Bangor, and continued with residencies in Swansea and Bala, followed by a Wales Mela at the Hay Festival, featuring Nia Davies, Siân Melangell Dafydd, Mamta Sagar and Malayalam poet, Anitha Thampi, alongside authors of the Parthian Books’ project Village, City, Valley and the Indo-Welsh music fusion band Khamira.

In August 2017 poets and translators Sampurna Chattarji and Subhro Bandopadhyay visited Abersytwyth where they worked with local poets Eurig Salisbury and Nicky Arscott, before ending their visit in Anglesey at the National Eisteddfod. Avner Pariat travelled to Bangor in October to work with Rhys Trimble, exploring the links forged by Welsh missionaries in the 19thcentury between Wales and his native Khasi Jaintia Hills in the North-Eastern state of Meghalaya. Poet and then editor of Poetry Wales Nia Davies spent time in Bangalore with Mamta Sagar, working on a number of participative performances with local artists and communities. The other Welsh poets visited their counterparts in Delhi, Kolkata, Shillong and Thiruvananthapuram, completing the cycle of residencies and appearing in numerous public events, running workshops and meeting with local writers.

Poetry Connections celebrated the thriving literary relations between India and Wales as developed through Literature Across Frontiers’ work since 2009, harnessing its legacy and establishing a deeper collaborative relationships between the five pairs of poets. The work emerging from the residencies was showcased in a series of performances, readings and discussions during the 2018 winter literary season at festivals in Bhubaneswar, Chennai, Hyderabad, Jaipur and Kolkata, as well as in New Delhi venues where the poets launched a set of five books with artwork and poetry in Bengali, English, Kannada, Khasi, Malayalam and Welsh.

A publication capturing the legacy of a decade of work by Literature Across Frontiers connecting the poetry scenes of India and Wales was also launched and a digital version can be downloaded here.

Participating writers from India are:

Participating writers from Wales are: