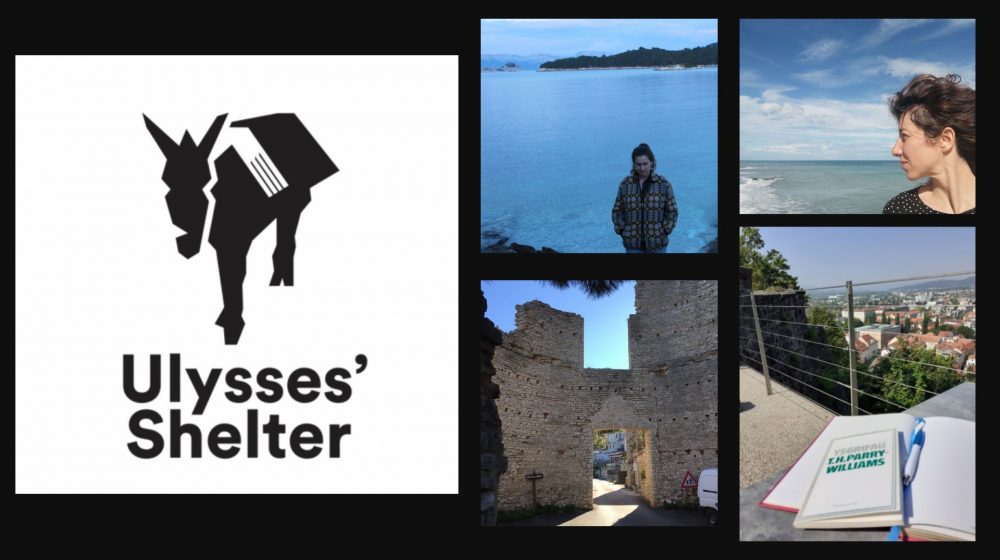 The project is led by the Zagreb-based Croatian publisher and literary agency Sandorf, and the project logo – a donkey carrying a book – refers to the ‘traditional means of transport’ on the tiny Croatian island of Mljet where the project was originally launched,  and where, according to legend, shipwrecked Ulysses found shelter.

In Wales it is managed by Literature Across Frontiers and the other partners are Culture Reset in Prague, Czech Republic, Thraka in Larissa, Greece, Inizjamed in Valetta, Malta, Krokodil in Belgrade, Serbia and the Slovene Writers Association in Ljubjana, Slovenia, and the Mallorca Film Commission, Spain.

The project provides an invaluable opportunity for emerging  writers and translators to work, perform and present themselves in different social and cultural contexts in the partners’ countries. The residencies can bring new opportunities and possibilities to establish contact with other authors, translators, editors, publishers and/or representatives of various literary organisations.  The residencies are accompanied by a supporting programme of activities and events aimed at specific local target groups. Below you can read about our actitivies related the projects during the two cycles in which we have participated as a partner.

The project is co-funded by the Creative Europe Programme of the European Union and in Wales by the Arts Council of Wales.

We also thank the University of Wales Trinity Saint David and the Centre for Advanced Welsh and Celtic Studies for their support.