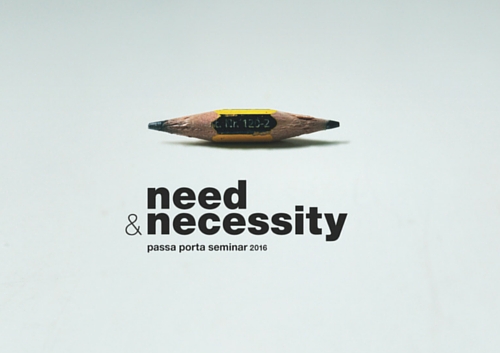 It’s the empty, deserted streets that gave a physical dimension to the extent of the attack. A Saturday night with no one out, and in this touristic neighbourhood where groups – from Europe, from Asia – ceaselessly follow one another, nothing but silence. No commentaries from megaphone-wielding guides, no murmur beneath the windows, nothing – not even the usual background hum of the traffic. On the radio, the chatter of voices gets louder. Eyewitness accounts – those who were at the Bataclan and managed to escape, those who provided help, those who were seated at a café terrace –, comments, politicians, journalists, like a surplus of words seeking at all costs to fill the void in the streets. Words that sound alike, words that keep recurring – massacre, carnage, war, horror, bewilderment. And the images, on television, those we are used to seeing in other parts of the world and that have now been imported to Paris, where we live. Familiar street names, places we know or even visit … These empty, deserted streets, which indicate that this time, the event really did happen here. This silence we come up against as though duplicated by the words we come up against. Yes, it’s paradoxical, we need words, we need language, but certainly not the constant repetition that empties them of meaning. We need silence, too, we need a moment to collect ourselves, we need dignity. We need time.

On Sunday 3 September 1939 Virginia Woolf wrote in her Diary, ‘This is I suppose certainly the last hour of peace’. The ultimatum expired at 11 o’clock and the Prime Minister’s statement was scheduled, on the BBC, for 11:15 a.m., the statement that would seal the declaration of war. From now on, even though concern and uncertainty were nothing new, went back a few years already, war invades the Diary more and more frequently – constantly in the background. And Virginia Woolf notes the need to write articles, to write ‘patriotically’, notes the pressure of events. ‘Once more we are journalists’, she says on 23 September, all the while observing that it is impossible to settle down to a long book (29 May 1940). And then on 9 June 1940, as rumours spread to the effect that the French government has abandoned Paris, ‘the writing “I” has vanished. No audience. No echo. That’s part of one’s death. Not altogether serious, for I correct Roger [her biography of Roger Fry], send finally I hope tomorrow: and could finish P.H. [Pointz Hall, later retitled Between the Acts] But it is a fact – this disparition of an echo’. It recurs several times, this feeling of losing an echo, this feeling that a part of herself no longer exists. Why write, she asks herself in late July 1940, as rumours about an invasion of England persist. Is it really in order to publish? All the while noting the need for fiction, in late August 1940, during the air raids. ‘I daresay if I write fiction and Coleridge and not that infernal bomb article for U.S.A. I shall swim into quiet water.’ But fiction is precisely what is difficult to write under these circumstances. To plan a long book. To live to another rhythm. To live, as Woolf says on 15 November 1940, ‘in the upper air’.

Messages came in from all over, from Berlin, New York, from all those who, not being in Paris, worry about those living in Paris. From all those for whom Paris represents something. Are you alright? You weren’t hit? We’re thinking of you, we’re with you. These messages demand a response. Everything is alright and at the same time, nothing is alright. Ah, here’s a slightly different message. What are we to think about this? What can we say about it? Or this other one, could you grant us a few minutes on the radio? No, I can’t. What can we say? I don’t have a clue. What are we to think? That it’s not yet time to think. That we need to respect something, to defer the use of words, to defer the use of thought. In order to collect ourselves – but not only. In order for the event to settle, to find a place within us, to leave its trace.

Coleridge himself tells this story. One day when he had fallen asleep in his chair, he composed, in his dream, two to three hundred lines. When he woke, he remembered them and started to write them down. But a man from Porlock visited him on business and stayed for more than an hour. When he left, Coleridge, picking up his pen, noted that despite the confused vision he retained of his dream, the precise memory of it had disappeared. And it is therefore a mere fragment that would come into being and would be titled ‘Kubla Khan’, a few lines and not the long poem glimpsed briefly.
The irruption of the man from Porlock is like all those interruptions which we must face when we write. The irruption of everyday life in the field of creativity – which is, of course, always untimely. More so still when it is a grave event that causes a breach in time – when we know that there will be a before and after. The event breaches the continuity of the writing, too. What we were busy writing is suddenly futile – at least temporarily. Nothing exists any longer, only the event. It gazes at you and paralyses you. The man from Porlock is there, he insists, we must receive him, and for the duration of the visit, everything else is forgotten, is not only forgotten but no longer exists.
And afterwards? We try to take pick up where we left off, but never can.

Contaminated by the words that circulate and penetrate us, enjoined to think, we are transfixed. How to escape the paradox that we should write but that now is not the time to write. How to get out of the contradiction that only other words will enable us to shake off the tyranny of the obligatory words although we don’t have other words at our disposal. To admit that, although we need the written word, we cannot produce any – because anything we will be able to say, at present, will only add itself to the flow of these provisional words that circulate and surround us, impeding expression, impeding thought. To acknowledge that the only recourse are the words of others, but those that have already been written, sometimes long ago, and that do not necessarily have a relation to what we are experiencing, but which enable us, during the time it takes us to get out of the state of paralysis, to escape from the pressure of the events, the urgency of the moment. And so, to take down a book from our library, the solitary poetry of Emily Dickinson, of Marina Tsvetaeva, to take down a novel by Balzac, by Dickens, to plunge into Barthes’ last seminar, The Preparation of the Novel, and to marvel at his renewed faith in fiction and to follow the twists and turns through which the fullness of that word takes us, preparation. To read, therefore, to dive into the deep waters of literature, to recover its voice, and thereby to perceive the difference between writings due to circumstances, rarely a success, and those due to necessity. How to put it? Listening to that other music, that necessary music, we will be able to ignore the easy music that now fills the air. It is the magic voice that will release us from the bewitched circle of obligatory words and thoughts, that will give language and time another beat.

Does this mean that we can’t write anything under the pressure of events or rather that we can never say anything about them? No, on the contrary, literature is what best explains events – but in the aftermath. Not to write in a state of urgency, but neither to renounce, to know that the cup will fill with emotions, thoughts and words, insofar as it is ready to receive them, and that they will be able to wait for the moment when, settled at last, any sense of obligation will be forgotten and all that remains is the personal, literary point of view, which will have had time enough to construct itself. In the margins, from a decentred perspective.
Between the Acts – Virginia Woolf’s last novel, completed but not definitively read over. Although its conception goes back to 1938, most of the writing took place in 1939 and 1940, that is, moves from a time when war loomed to a time when war had broken out. But in the novel, the action freezes on a day in June 1939, and the village pageant is at the forefront. However, a conversation, a word uttered or thought can give shape to the threat of war and everything can be interpreted through its prism. The future is uncertain, and we think of death – but not explicitly in a war. And at the end of the novel, when Mr Streatfield calls on the villagers to make their contribution, he is cut in mid speech, in the middle of a word – op/portunity – by planes flying in formation. By working on her novel, Virginia Woolf accentuated the presence of the planes at the same time as she noted, in her Diary, their actual presence in the London sky, in the Sussex sky. To the extent that even a flight of sparrows, at the start of the novel, seems threatening. What is happening can only pass in what we write, on condition of not wanting to write what is happening. It’s an image, a silhouette, a fugitive presence that carries the world to the threshold of literature, and even if no one knows so, if no one recognizes it, it is its light that illuminates the work and it is this presence that will guide us when, in other times, we will see other forms, other shadows fall on us and that we will have to wait for the moment when we can write and describe, and that all we will be able to do is to read in order to distance ourselves from the urgency of the events and recover the urgency of necessity.