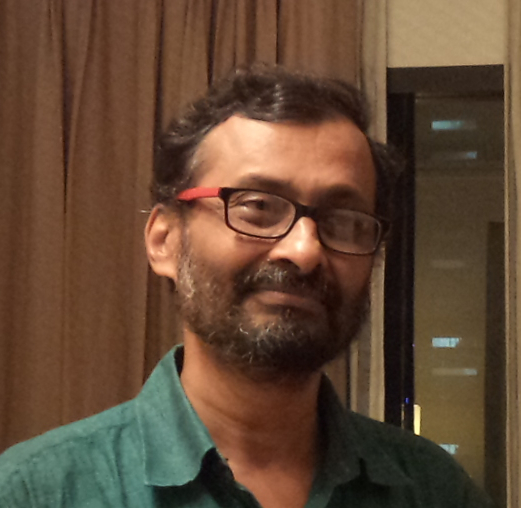 The Charles Wallace India Trust supports a number of fellowships including four in the area of creative writing and translation. The LAF Aberystwyth Fellowship is the latest added to residencies open to Indian literary translators and writers at the universities of East Anglia, Kent and Stirling, opening a new opportunity to live and work in Wales for a period of three months.

“We are delighted to have Venkateswar Ramaswamy with us as the inaugural CWIT fellow and immensely thankful to the Charles Wallace India Trust for making the residency possible,” said Alexandra Büchler, director of Literature Across Frontiers. “Rama, as we soon took to calling him, will be working on the translation of a novel by the contemporary Bengali author Manoranjan Byapari into English and writing a long essay about his experience of translating the iconic anti-establishment voice of Bengal, Subimal Misra.”

V Ramaswamy (1960) is a non-fiction writer and translator. As an activist working for the rights of the labouring poor in Kolkata, he has written about workers, squatters, slums, poverty, housing and resettlement, and has been at the forefront of efforts to envision and initiate the rebuilding of his city from the grassroots. Since 2005, he has been translating the short fiction of the Bengali writer Subimal Misra.

“My background and sensibilities as an activist working in Kolkata drew me to reading and translating Misra,” says Ramaswamy. “Although I am Tamil and not Bengali, I employed my awareness of spoken Bangla, developed through living and working in Kolkata, a fluency gained through years of immersion. Misra’s name is largely unknown outside India, but in Bengal he is almost a cult figure in the world of avant-garde literature and is an influential cultural figure defining an intellectual counter-culture. Misra sought to depart from conventional narrative form in story- and novel-writing, employing cinematic techniques in his unique style.

He focuses on society and language, both a source of stylistic experimentation and a device to convey colloquial dialogue. He directs a severely critical eye at Bengali society, culture and politics. Having spent his life and career in a kind of self-imposed reclusion he had been unknown not only beyond Bengal, and I was the only translator he trusted to present his writing to the outside world.” Two collections of Ramaswamy’s translations of Misra’s stories, The Golden Gandhi Statue from America (2010) and Wild Animals Prohibited (2015), have been published by HarperCollins India. A third volume comprising two anti-novellas is forthcoming, and a final collection of Misra’s late stories is being translated.

Read an interview with V Ramaswamy by Garga Chatterjee: ‘It needed a Tamil to translate this Bengali writer’