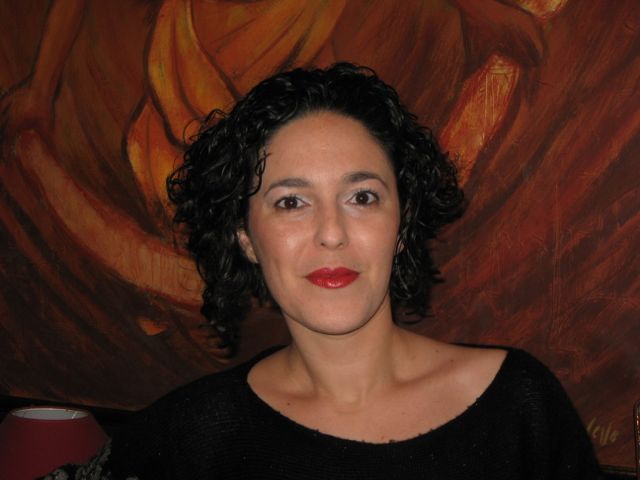 If we had to put Clare Azzopardi (1977) into a category, it would be ‘Superhero-writers’.

It is hard to find a literary activity Clare Azzopardi is not a part of. She writes poems, plays, short stories, picture books for young readers, short novels for older children and young adults, and is currently working on her first novel for adults. She lectures in Maltese Literature at the University of Malta Junior College and organizes reading sessions and creative writing workshops in primary and secondary schools.

She has coorganised literary festivals and workshops and co-edited two anthologies. She also collaborates with professionals from other fields, namely photographers, sociologists, social workers, theatre directors and anthropologists. If Malta had only one writer and that writer were Clare Azzopardi, it would be a rich literary scene.

Azzopardi isn’t only productive, her writing is also popular and critically acclaimed. Her two collections of short stories for adults, The Green Line (Il-Linja l-Ħadra, 2006) and The Name They Left Behind (Kulħadd Ħalla Isem Warajh, 2014), both won the National Book Award for Best Short Story.

In 2010, she won the Maltese National Book Award for Children’s Fiction for F.A.R.T.S. (Il-Każ (kważi) Kollu tal-Aħwa De Molizz). In 2009, she started working on a series about a boy named Jake Cassar and his adventures in the Kingdom of Smelody. To date, ten bestselling volumes have been published in Maltese.

Clare has never written conventional books. She is willing to experiment with style and language, continuously pushing boundaries and never shying away from addressing political issues that challenge the status quo in Malta. Her unlimited imagination combined with her linguistic precision have led to her being considered as one of the most powerful voices by critics and readers alike.

For Azzopardi, writing is a form of activism, a necessary means by which a voice can be given to the voiceless. She has done this through literature, but also through classic activism and her creative workshops which have the intention of encouraging all children, irrespective of their background, to read, think and create.

In her writing, Azzopardi often brings women to the forefront by documenting their inner lives and defending their ambitions. In words of Ramona Depares, writer at Malta Today, “you could say that marginalisation is a common theme to all of Azzopardi’s stories. None of the women are run-of-the-mill characters. They are strong, strange, obsessive, stubborn, yes, but never ordinary. And when placed in an ordinary, everyday setting the strength and attraction of their personality can’t but shine through.”

Paul Xuereb, Times of Malta’s writer, agrees and adds that “Azzopardi gives us pictures of a young society living often on the razor’s edge and having precarious relations with the elders of that society. It is a picture that is often grey or even black, but the vigour of the writing and the faceted structure of the stories prevent the readers from ever getting depressed ”

Azzopardi has a unique talent of combining literary aesthetic with political activism. For this reason we believe her work should cross national frontiers.

Clare Azzopardi is one of 10 New Voices from Europe 2016, selected by Literary Europe Live.

You can find more info on Clare Azzopardi on her official web-site.

Clare Azzopardi has been selected as one of the New Voices from Europe, ten of the most interesting writers working in Europe today. The New Voices from Europe selection is part of the Literary Europe Live project which is co-ordinated by Literature Across Frontiers and co-funded by the Creative Europe Programme of the European Union, with support from Arts Council Wales.