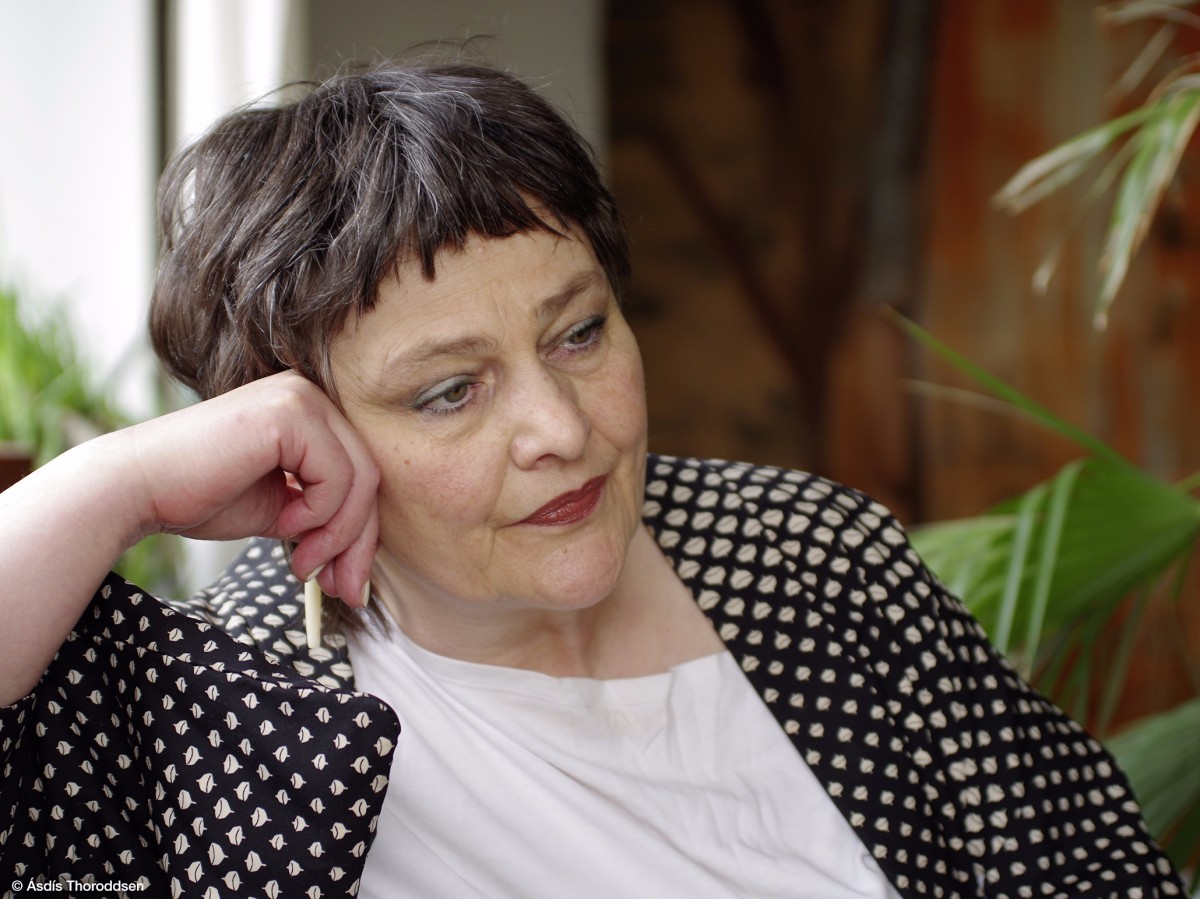 Bidisha spoke to Halldóra K. Thoroddsen, the Icelandic winner of the European Union Prize for Literature 2017. Thoroddsen (1950) lives and works in Reykjavik. She has worked as a teacher, designer and radio programme director. She writes poetry, short stories, microfiction and novels. Her novel Tvöfalt gler (Double Glazing) was awarded the European Union Prize for Literature and Icelandic Women’s Literature Prize (Fjöruverðlaunin).

Do you feel like literature is itself a ‘migratory’ form, enabling cultural understanding and cultural identities to flow across borders?

Nowadays the so-called ”world literature” luckily reaches more corners of the world than it did before. Literature is, among other things, a dialogue which spans through space and time. Slow and explosive telegraphs that widen our understanding of people and cultures from distant parts of the world, under present circumstances and from remote past. I think good literature is a dialogue on a deeper level than other forms of media communicating across borders.

Do you think literature is moving away from the solid 19th-century style novel and more towards a hybrid form: interlinked stories’ mingled text and image; poetic or aphoristic forms?

Yes and no. Literature has truly undergone considerable change. The form of the 19th century novel splintered in the 20th century and we are still experimenting. The new technological revolution has enormous impact in our times, the copy-paste effect is prominent and generally there is a dissolution of the analogue. The genre boundaries have blurred, distinctions are hazy. Nevertheless, the style of the 19th century novel is still alive and kicking among us. Broad super-realistic novels are written inexhaustibly and I think this genre will survive for a long time to come.

At a time when much of the political discourse is unsettled, divisive and anxious, what can literature do to comment upon, rebut or ameliorate such feelings? Or is literature somehow ‘outside’ of current events?

Literature doesn’t have the answers. But good literature takes part in the search for truth. Even when it is lying, it is lying the truth. It often expresses something that has been slumbering inside people who couldn’t put it in words. And that is one of our main roles: to put it in words. Literature is a form that gives an opportunity to explore, inform, analyse and also to attend to nuances. Sometimes literature illuminates. No, literature is outside current events, it is inside and outside, it is often at the same time a bird’s view and a close-up.