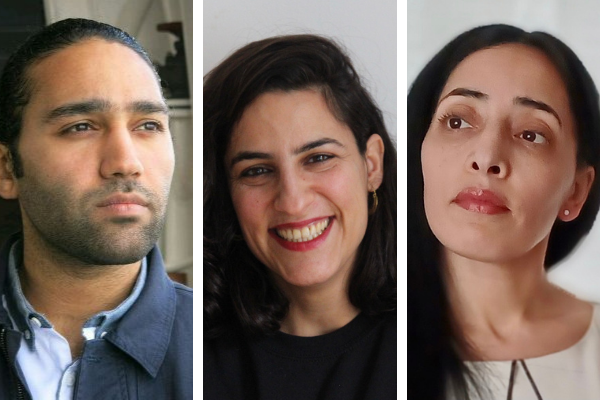 The panel discussed developments in translation of contemporary Arabic writing across Europe in the last decade, based on a set of reports coordinated by Literature Across Frontiers with support from the Anna Lindh Foundation to partially update the mapping of translation flows in the Mediterranean also supported by the Foundation, to which we contributed with reports on translation of literature written in three languages of the South Mediterranean into English. Taking a look at Germany with its large Arab artistic diaspora that has emerged as a result of political upheaval in the Middle East, the British scene and translation into English, and at Finland, the country that offered refuge to one of the best-known authors of the Arab literary diaspora in Europe, the speakers presented some of the key findings of their research in progress. The event was supported by Arts Council England and the London Book Fair.

The pre-recorded panel debate was followed by discussion in a breakout room at 4:30 – 5:15 pm.

Sandra Hetzl is a German literary translator, researcher, writer and project curator with a focus on contemporary Arabic literature. She has translated collections of short stories, poems, non-fiction and theatre plays books that have been performed in theatres in Germany and produced as staged readings. She has just completed an anthology of Arabic writing for the Heinrich Böll Foundation, and is preparing an extensive report on translation of Arabic literature into German during the past ten years when Germany became the home of a new Arab literary and artistic diaspora. She is the founder of the of the 10/11 collective for contemporary Arabic literature and the mini literature festival Downtown Spandau Medina. She lives in Berlin.  http://www.sandrahetzl.com

Dr Abdel-Wahab Khalifa is a Lecturer in Translation and Interpreting at Cardiff University. Prior to joining Cardiff, he lectured at universities in Egypt, Austria and the UK. He has also been working as a professional translator and interpreter for over ten years. Khalifa is the editor of Translators Have Their Say? Translation and the Power of Agency and the co-editor of The Routledge Handbook of Arabic Translation. He is also the recipient of the 2019-2020 Harry Ransom Fellowship in the Humanities, a member of the Executive Board of the Association for Translation Studies in Africa and serves on the editorial board of The Translator journal. He is currently working on a monograph on the socio-cultural determinants of translating modern Arabic fiction into English.

Dr Maria Pakkala lives and works in Finland. She holds a PhD in Islamic studies from the University of Helsinki, and an MA in translation studies from Morocco.  She has taught Arabic and translation in Finland and abroad.  An award-winning literary translator from Finnish into Arabic, she has published over forty titles ranging from novels, non-fiction, poetry, plays and children’s literature. She is the author of the 2012 report on translation from Arabic into Finnish with an update focused on developments of the past decade, forthcoming in 2021.