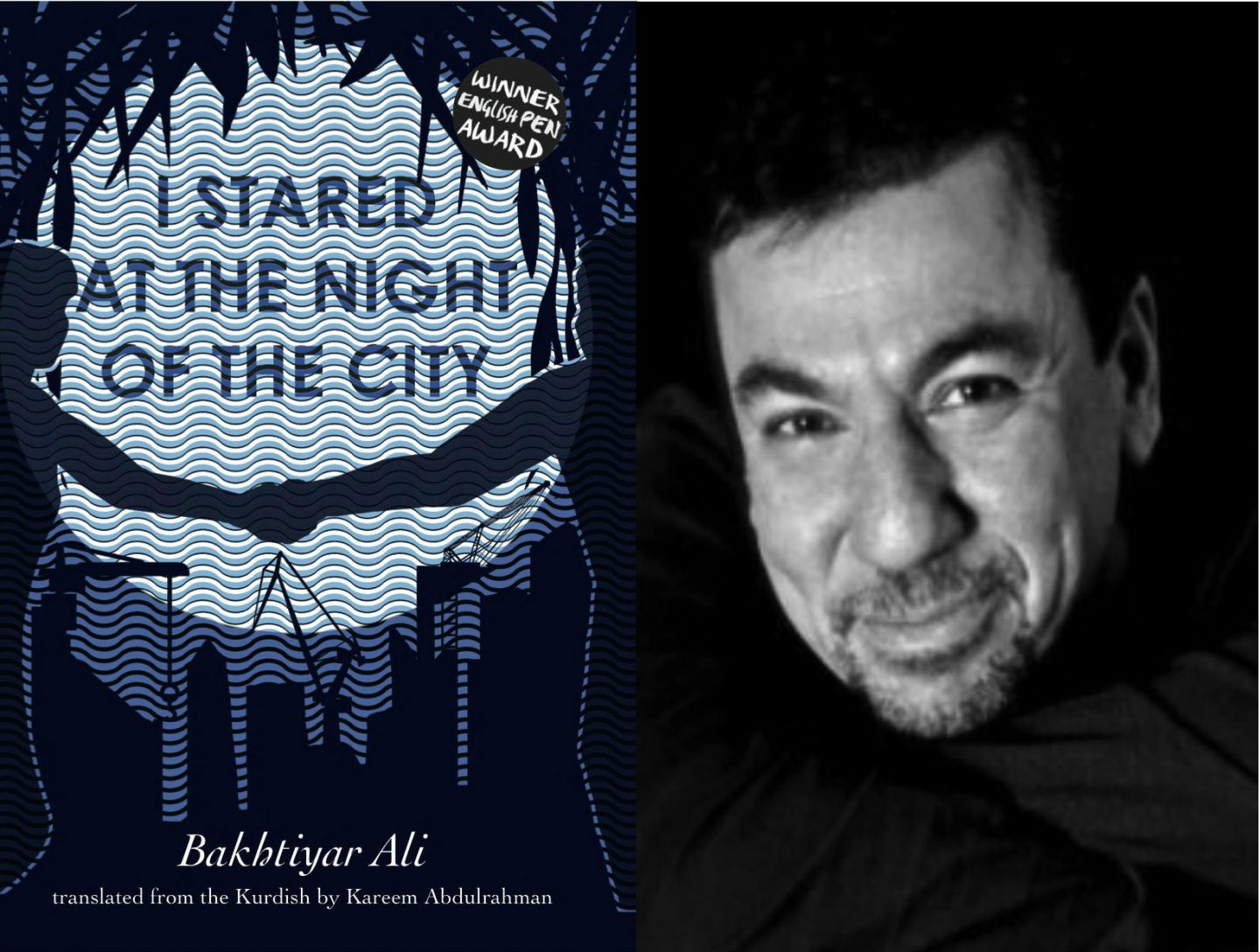 Presented By: Periscope in partnership with Free Word

We welcome author Bakhtiyar Ali to discuss I Stared at the Night of the City with his translator Kareem Abdulrahman. The book is a lyrical interpretation of contemporary Kurdistan with a kaleidoscope of unreliable narrators.

A winner of PEN Promotes, I Stared at the Night of the City is a trip: a tale of extraordinary people travelling great distances, in their minds or with their feet.

Iraqi Kurdistan at the turn of the twenty-first century is a territory ruled by strongmen, revolutionaries, fixers, bureaucrats and the “Barons” who control everything from livestock and land to Kurdish cultural life.

Defying the absolute power wielded by the Barons, a band of friends led by a poet embarks on an odyssey to find the bodies of two lovers killed unjustly by the authorities.

This haunting, passionate novel of love, violence and journeys of the spirit is told by a series of unreliable narrators in a kaleidoscope of fragments that come together seamlessly. It is a lyrical portrait of contemporary Kurdistan – so much in the news nowadays, yet so little understood.

Author Bakhtiyar Ali will be in conversation with his translator Kareem Abdulrahman and other guests. They will discuss how the world shown in the book differs from international media reports about Iraqi Kurdistan. And what the role the arts and imagination play in both the book and contemporary Kurdistan. Finally, we will explore the unique challenges of translating Kurdish.

They will be joined by Hassan Abdulrazzak, an Iraqi playwright and essayist, and Alexandra Büchler, Director of Literature Across Frontiers.

There will be a chance to ask questions of all of our guests. The Free Word Centre bar will be open before and after the event so that the conversation can continue.

Bakhtiyar Ali was born in Sulaymaniyah, Iraqi Kurdistan, in 1966, and currently resides in Cologne, Germany. He is a novelist as well as a literary critic, essayist and poet, and is widely considered one of the most prominent Kurdish writers by readers in Kurdistan as well as in the Kurdish diaspora; he is one of few contemporary Kurdish writers to be translated into English. He has published nine novels and several collections of essays and poetry.

Kareem Abdulrahman is a translator and journalist. He obtained his MA in Journalism from the University of Westminster and worked for over eight years with the BBC, where translation from Kurdish was part of his remit. In 2013, he was awarded a place on the British Centre for Literary Translation’s prestigious mentorship programme. He lives in London.

Alexandra Büchler is Director of Literature Across Frontiers. A translator and editor of numerous publications, her interest lies in the area literature and translation policies, European external cultural relations and the role of civil society in international cultural activities and cultural policy development. She has translated more than twenty-five books of fiction and poetry as well as publications on visual arts and architecture, and edited six anthologies of short fiction. She is the editor of the New Voices from Europe and Beyond series of contemporary poetry anthologies from Arc Publications.

Hassan Abdulrazzak is of Iraqi origin, born in Prague and living in London. He holds a PhD in molecular biology and has worked at Harvard and Imperial College. Hassan’s first play Baghdad Wedding was staged at Soho Theatre in 2007 to great acclaim and went on to be broadcast on BBC Radio 3. More recently he was commissioned by the Kevin Spacey Foundation to write Dhow Under The Sun, a play for 35 young actors, which was staged in Sharjah, UAE (Jan 2015). His essays have been published in the Guardian, the Edinburgh Review and Al-Ahram Weekly. His poems have been published in Snakeskin and in We Are Iraqis: Aesthetics and Politics in a Time of War edited by Nadje Al-Ali and Deborah Al-Najjar. He is currently working on a number of theatre, TV and film projects.