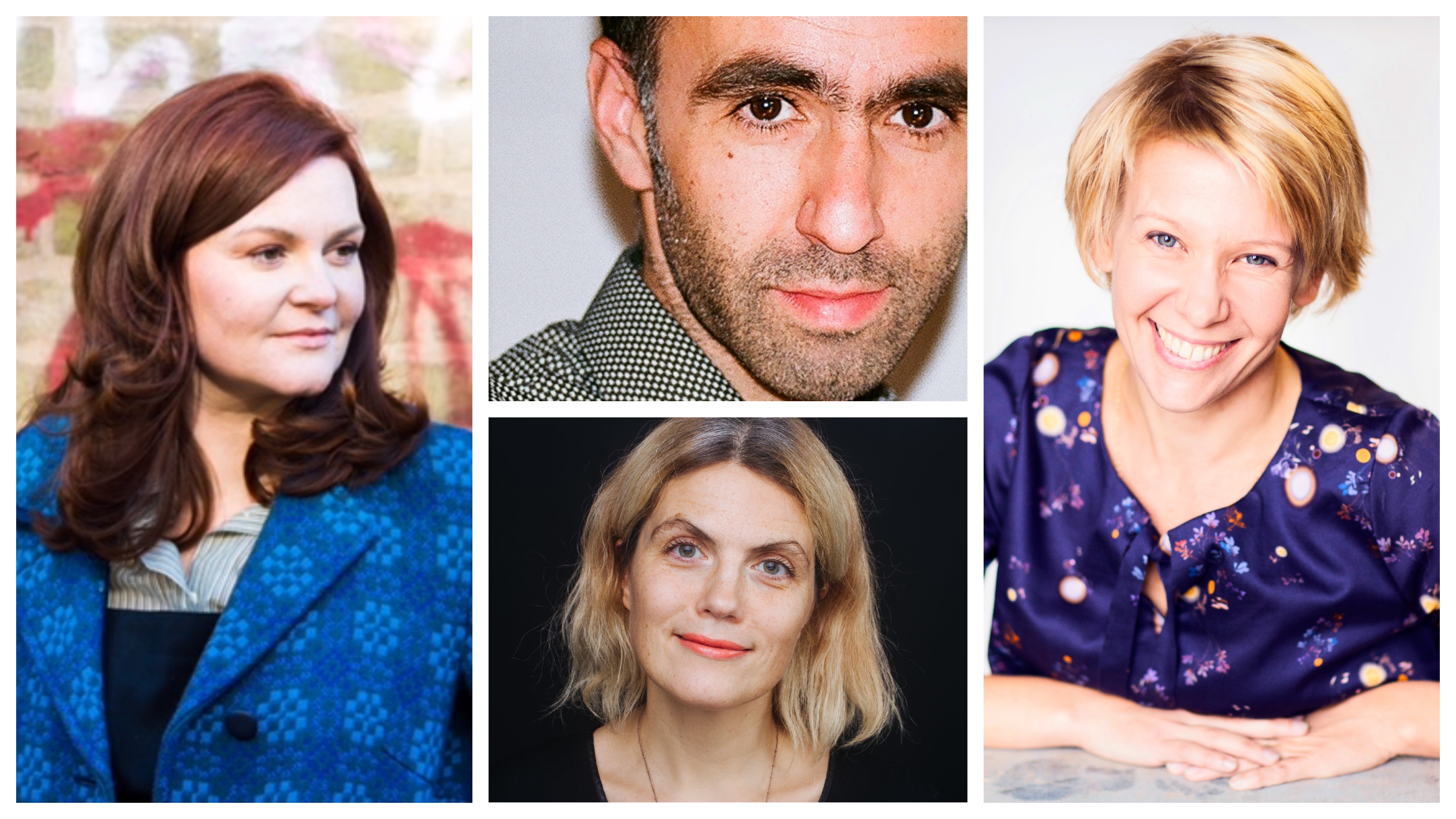 Forging connections between literary scenes of Europe and other global regions has been part of LAF’s work for over a decade. In November, four European authors – Selja Ahava (Finland), Harkaitz Cano (Basque Country, Spain) Inga Gaile (Latvia) and Caryl Lewis (Wales, United Kingdom) – toured South East Asia in early November to meet audiences and fellow authors from the region. They appeared at the Singapore Writers’ Festival and took part in the Asia Pacific Writers and Translators (APWT) Conference programme in Macau and in a reading organised by Cha: An Asian Literary Journal and its editor Tammy Lai-Ming Ho, a poet, academic and President of PEN Hong Kong. The visit was organised as part of the Literary Europe Live Plus project supported by the Creative Europe Programme of the European Union. 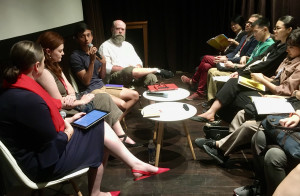 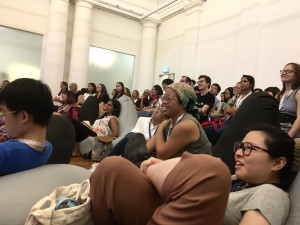 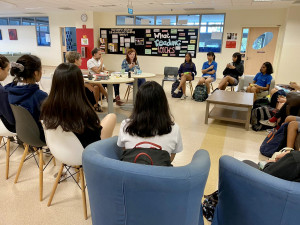 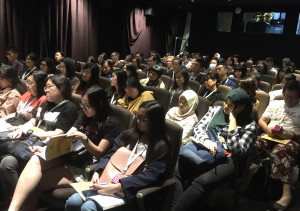 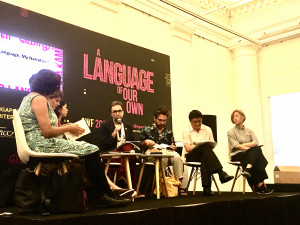 Selja Ahava (1974) is an fiction author and scriptwriter. Her debut novel was awarded the Laila Hirvisaari Prize in 2010. Her second book, Taivaalta tippuvat asiat (Things that Fall from the Sky) explores the unexpected and inexplicable nature of reality. Winner of  the European Union Prize for Literature in 2016, its translation rights have been sold to eighteen territories and the English version was published by Oneworld in April 2019 in translation by Emily and Fleur Jeremiah. Ahava’s autobiographical novel Ennen kuin mieheni katoaa (Before my Husband Disappears) came out in 2017. She is currently working on her fourth novel that examines metamorphoses, both in insect life and the lives of fictional characters.

The prominent Basque author Harkaitz Cano (1975) has published over thirty books of poetry, short stories, novels and comics, as well as books for children. His work has been translated into a dozen languages, including Spanish, German, Polish and Russian.His novels A Blade of Lightand Twistwere published in English translation by Archipelago in 2010 and 2018 respectively, both translated by Amaia Gabantxo. A Blade of Light(Belarraren ahoa, 2004) explores the hypothetical possibility of an encounter between Hitler and Charlie Chaplin, whose film The Great Dictatoris a thorn in Hitler’s side. Twist(original published in 2011) is set in the politically charged climate of the 1980s in the Basque Country, providing a multi-vocal account of the conscience of a society in turmoil. He is also script writer and translator, and has translated into Basque works by Sylvia Plath, Anne Sexton and Allen Ginsberg, among others. He collaborates with artists, musicians and theatre people producing works for stage and performing his poetry.  http://www.harkaitzcano.com

Inga Gaile (1976) is a leading Latvian poet, prose writer, spoken-word performer, playwright and theatre director, and translator of poetry from Russian. Her work focuses on everyday lives of women, gender issues and social injustices. To date she has published five books of poetry, including her latest Lieldienas(Easter, 2018)and a book of poems for children Vai otrā grupa mani dzird? (Can the Back Row Hear Me? 2014). Among her prose works is the Stikli (The Glass Shards, 2016), published as part of the series of historical novels titled We. Latvia: The 20th Century, and her collection of short stories Piena ceļi(Milky ways, 2018). Mūsu Silvija debesīs (Our Sylvia, who art in Heaven) is her theatre playabout Sylvia Plath. Her selected poems 30 Questions People Don’t Askcame out from Pleiades Press in 2018 in translation by Ieva Lešinska. She is active in the feminist movement in Latvia and founder of a female stand-up comedy group.

Caryl Lewis (1978) is a Welsh-language novelist, short story writer, author of books for children and screen writer. Three-times winner of the Wales Book of the Year, shecame to prominence with her novel Martha, Jac a Sianco (2004) which, like most of her work, explores the lives of farming families in rural Wales. It was published in English translation as Martha, Jack and Shancoin 2007 by Parthian Books in translation by Gwen Davies and made into a successful feature film. Her novel Y Gemydd (2007) is published this year in English as The Jeweller by Honno Press. Caryl Lewis has also written extensively for cinema and television, notably adapting her novel for the film version. Her TV credits include the Welsh-language scripts of the internationally acclaimed bilingual crime series Y Gwyll / HinterlandandCraith / Hidden.

We are delighted to partner with the Singapore Writers Festival, Asia Pacific Writers and Translators and Cha: An Asian Literary Journal. The tour is made possible thanks to support of the Creative Europe Programme of the European Union and is co-funded by the Etxepare Basque Institute, Latvian Literature and Ministry of Culture of the Republic of Latvia, Wales Arts International and The Arts Promotion Centre Finland (TAIKE).