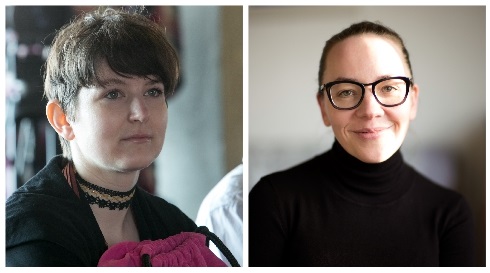 The Croatian Festival of the European Short Story takes place in Zagreb and Rijeka from May 28 to June 2. This year’s festival topic is Port of Europe. It is featuring more than 30 writers from Europe, but also from Africa, South America, Australia…

Among other features, FESS will present Asja Bakić, the Bosnian writer and translator, and Bronka Nowicka, the Polish multimedia artist, who were selected as Literary Europe Live’s New Voices from Europe 2017. Bakić and Nowicka will participate in several readings and discussions.

Booksa and FESS, both members of our platform Literary Europe Live, will jointly present the acclaimed writer and Man Booker winner DBC Pierre and the Nigerian writer Chika Unigwe. Pierre will be hosted in Booksa (Zagreb) on May 28 at 6pm while Unigwe will feature at the same venue on May 30 at 6pm. Conversations with Pierre and Unigwe are part of Booksa’s project Zagreb Reads Europe supported by Literature Across Frontiers.

You can find all other details about the festival program in English on FESS website.

Literature Across Frontiers is among supporters of the Festival of European Short Story.