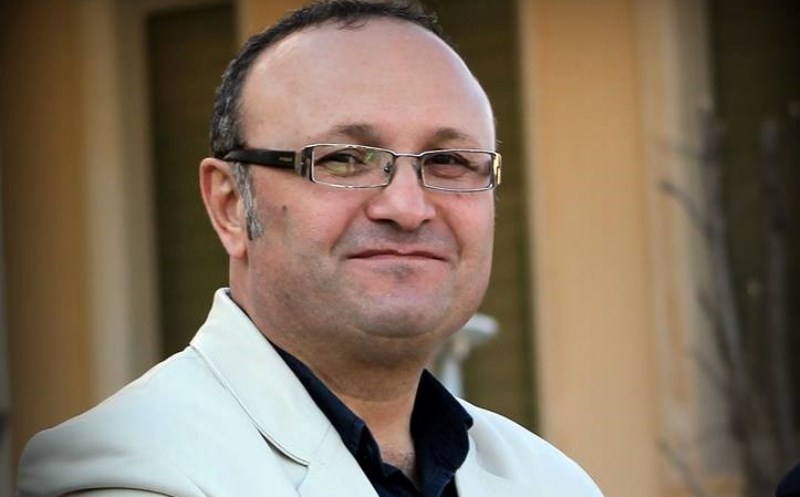 A Kurdish poet and translator is at Aberystwyth this week (6-10 March 2017) where he is translating some of the tales of the Mabinogi into Kurmanji, the Kurdish language used in Turkey.

Salih Agir Qoserî is working with Caroline Stockford, an Aberystwyth-based translator of Turkish poetry and literature who will in turn be working on English-language texts of Kurdish folk tales.

Funded by the Arts Council of Wales and the Creative Europe Programme of the European Union, the residency is organised by Wales PEN Cymru and Literature Across Frontiers.

Salih Agir Qoserî lives in the Anatolian city of Mardin, having spent fifteen years in Sweden. He has translated a number of Swedish, English and Turkish books into Kurdish, including George Orwell’s 1984. He will now turn his attention to the stories of the Mabinogi by translating them into Kurdish.

His visits to schools and public events will highlight the plight of Kurdish language and culture, and facilitate translation of the Mabinogi into Kurdish and Kurdish folk tales into Welsh.

At the end of the residency, Salih Agir Qoserî and Caroline Stockford will attend the London Book Fair – the leading event for the international publishing industry where Literature Across Frontiers co-organises the highly successful Literary Translation Centre and its three-day programme of seminars.