Translate Transfer Transform is the motto of this year’s Frankfurt Book Fair where we are presenting the findings of reports on translation of Arabic literature in Europe in the past decade, with a focus on three countries: Germany, Spain and United Kingdom.

Translation of literary production from the SWANA region plays an important role in maintaining and developing intercultural dialogue between Europe and its nearest neighbours. The panel will discuss trends in translation and publishing of contemporary Arabic writing in Europe in the last decade, based on a set of ground-breaking reports we coordinated with support from the Anna Lindh Foundation. Taking a look at Germany with its large Arab artistic diaspora, the British scene and translation into English, as well as this year’s Guest of Honour Spain with its long tradition of translation from Arabic as legacy of the Al-Andalus era, the speakers will present some of the key findings of their studies available from LAF’s website.

Moderated by Alexandra Büchler, Director of LAF and co-author of the UK report 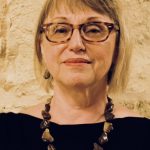 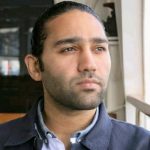 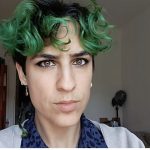 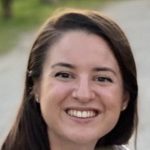 Alexandra Büchler is Director of Literature Across Frontiers, the European Platform for Literary Exchange, Translation and Policy Debate. Cultural manager, editor and translator of numerous publications, she has served on the board of the advocacy network Culture Action Europe and of the Translators’ Association UK, and currently is on the board of ENLIT, the European network of organisations supporting literary translation and of Wales PEN Cymru, as well as representing LAF on the steering group organising the programme of the Literary Translation Centre at the London Book Fair. With Alice Guthrie she co-authored the 2011 report on literary translation from Arabic into English, and with Abdel-Wahab Khalifa the  follow-up 2021 report, both available from the Literature Across Frontiers website.

Angelina Gutiérrez Almenara holds a degree in Translation and Interpreting from the University of Malaga and a PhD degree in research on humanities, arts and education from the University of Castilla-La Mancha. Her research focuses on the translation and reception of contemporary Arabic autobiographies into Spanish, an activity that she combines with professional translation and editing of texts from Arabic. She has translated and edited for the Ministry of Culture and Sports of Qatar and Sharjah Book Authority. She is co-author with Bachir Mahyub-Rayaa of the report on translation of Arabic literature into the co-official languages of Spain published in 2021, supported by the Anna Lindh Foundation and co-ordinated and published by Literature Across Frontiers.

Sandra Hetzl is a literary translator, researcher, writer and project curator with a focus on contemporary Arabic literature. She has translated collections of short stories, poems and non fiction books by Rasha Abbas, Kadhem Khanjar, Aref Hamza, Bushra al-Maktari, Aboud Saeed, Assaf Alassaf and Raif Badawi and her translations have been included in a number of anthologies and magazines. She translated more than twenty theatre plays, among others by Mohammad Al Attar, Zoukak Theatre Company, Wael Kadour, Hoda Barakat and Mudar Al Haggi, that have been performed in theatres in Germany and produced as staged readings on various occasions. She is the founder of the 10/11 collective for contemporary Arabic literature and the mini literature festival Downtown Spandau Medina.  She is the author of the 2021 report on translation of Arabic literature into German, supported by the Anna Lindh Foundation and co-ordinated and published by Literature Across Frontiers. More information at http://www.sandrahetzl.com

Abdel-Wahab Khalifa is a Lecturer in Translation and Interpreting at Cardiff University. Prior to joining Cardiff, he lectured at universities in Egypt, Austria and the UK, and has also been working as a professional translator and interpreter for over ten years. He holds a PhD in Translation Studies and Arabic from the University of Leeds and an MPhil in Translation and Interpreting from the University of Salford. He is the editor of Translators Have Their Say? Translation and the Power of Agency and the co-editor of The Routledge Handbook of Arabic Translation. He is a member of the Executive Board of the Association for Translation Studies in Africa and serves on the Editorial Board of The Translator journal. He is the co-author, with Alexandra Büchler, of the report on translation of Arabic literature in the United Kingdom and Ireland, co-funded by the Anna Lindh Foundation and co-ordinated and published by Literature Across Frontiers, and is currently completing a monograph on the socio-cultural determinants of translating modern Arabic fiction into English.