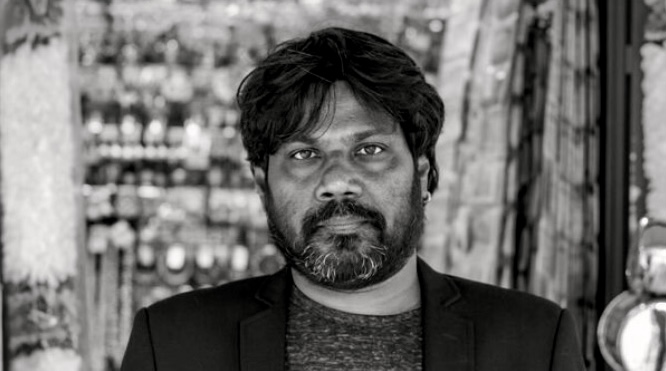 The biennial Passa Porta Festival in Brussels has partnered with LAF in the Literary Europe Live Plus project which focuses on writers and artists who have found refuge from war conflict and persecution in Europe. The project also develops our connections with festivals and literary organisations in other global regions to forge links with European arts scenes and extend audiences for contemporary writing from Europe.

The project partners gathered in Brussels at the festival and met with author Sulaiman Addonia who spoke about his experience of becoming a writer after reaching Britain as an unaccompanied minor from his war-torn homeland. Our partner organisations also participated in a networking meeting organised by Passa Porta with festival directors from Europe and other parts of the world. 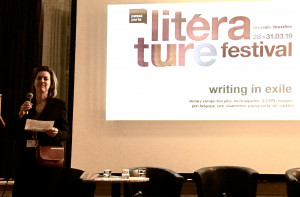 Another event organised by Passa Porta for the project was a round table debate Writing in Exile, with the Turkish author Asli Erdgan, now exiled in Germany, Anthonythasan Jesuthasan, the Sri Lankan author/actor and former child soldier who found refuge in France and become known for his memoir Deepan, turned into a film, and Russel Banks, the American writer, founder and president of the US Cities of Refuge network.

“Exile is fascinating to think about, but horrible to experience. An exile lives between two worlds, is nowhere at home. Art and literature can then offer something to hold on to, a lifeline to the past and country that have been lost. “Beyond the frontier between ‘us’ and the ‘outsiders’ is the perilous territory of not-belonging: this is to where in a primitive time peoples were banished, and where in the modern era immense aggregates of humanity loiter as refugees and displaced persons.’ writes Edward Said in Reflections on Exile.  From Passa Porta programme.