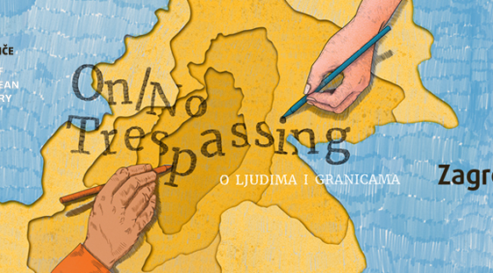 Literary Europe Live events will feature in the fifteenth Festival of the European Short Story which is being held in Zagreb in Croatia from 29 May – 3 June 2016.

Just over a month after LEuL announced its selection of Ten New Voices from Europe, two of the chosen writers – Rumena Bužarovska and Zoran Pilić – will present their work at a special event at the Westin Hotel on Tuesday 31 May.

On Monday 30 May, LEuL brings together two award-winning Argentine writers – Andrés Neuman and Samanta Schweblin – who have now settled permanently in Europe.

Both Neuman and Schweblin have been included on influential lists of the best contemporary authors writing in Spanish, with their works translated into a host of world languages,

In a conversation chaired by Vladimir Arsenić, they will talk about crossing the borders of homelands and literary genres, of reality and fantasy; they talk about how to write in a way no one else dares to.

Andrés Neuman will also appear in a LEuL event moderated by Gordana Matić and Maja Zovko on Tuesday 31 May.

An Audience Development Workshop – organised by Literature Across Frontiers and Kultureger – will be held at Klub Booksa on Monday 30 May (invitation only).

The full festival programme is available on the FESS website.