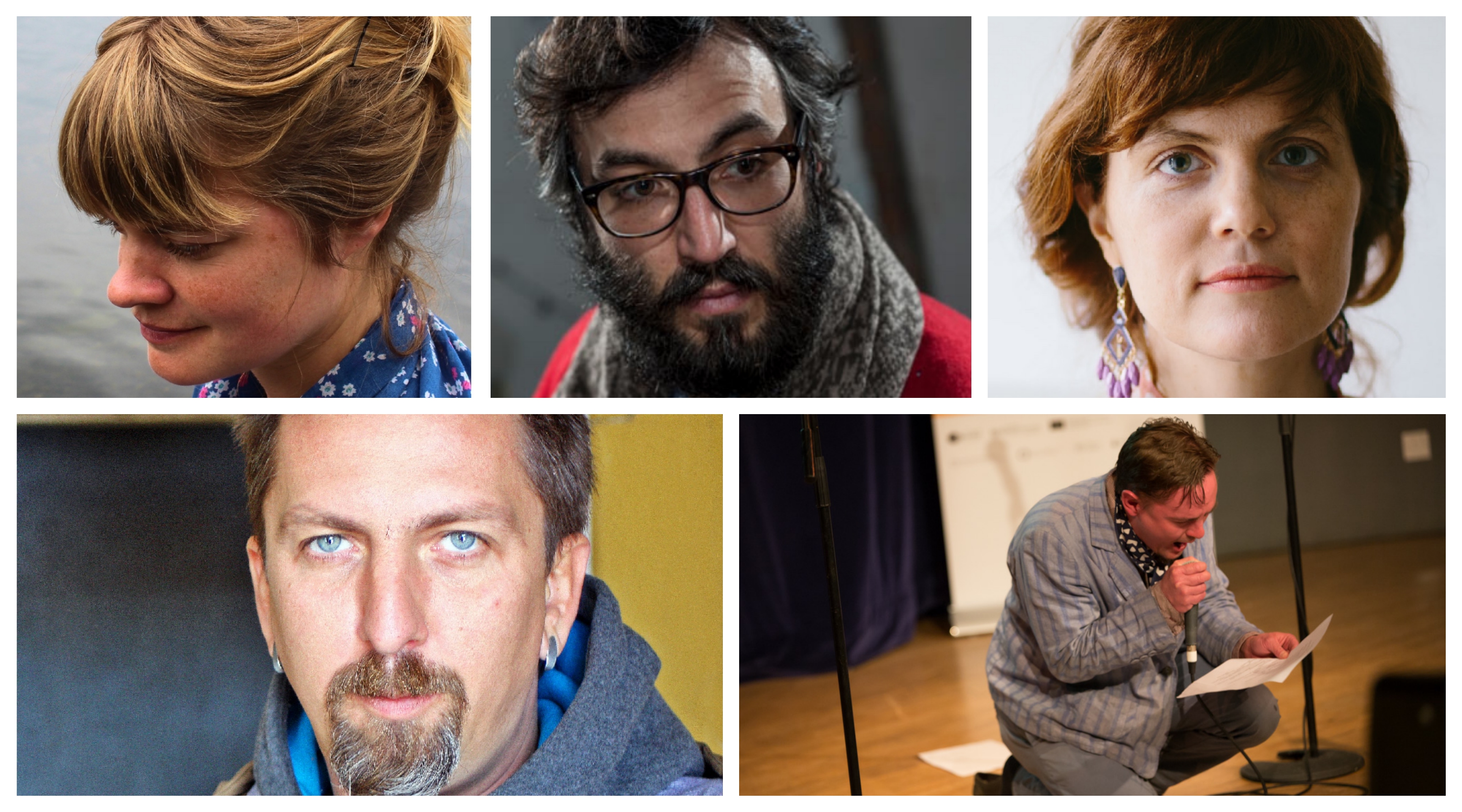 Leading lights from Latvia’s vibrant poetry scene join contemporaries from Scotland and Wales for a unique reading in three languages. These award-winning poets will share newly translated poems, collaborations and experiments in a special event which reflects their friendship and celebrates the role art plays in building bridges between cultures. The event is part of a larger collaborative project between LAF and Latvian Literature, leading up to the presence of the three Baltic countries as market focus at the London Book Fair 2018.

In association with Literature Across Frontiers and Latvian Literature as part of Literary Europe Live.

Alys Conran is the author of Pigeon (Parthian Books, 2016), the first novel to be published simultaneously in English and Welsh. Her work, which has been placed in several prizes including the Bristol, Manchester and Bath short story prizes, and the International Dylan Thomas Prize, is to be found numerous magazines including Stand and The Manchester Review, and also in anthologies by The Bristol Review of Books, Parthian, The Camden Trust and Honno.

Inga Gaile (1976) is a poet, writer, playwright and theatre director. She is the author of four poetry collections and a collection of children’s poetry. In her poems, she explores the inner states of being, her own experiences, everyday lives of women, as well as stigmatized groups of society. In her stage work and spoken-word performances she focuses on gender and feminist issues, illuminating injustices and promoting equal rights.

Valts Ernštreits is a Latvian poet, translator, artist, and researcher at the University of Tartu. He teaches a course in Livonian Language and Culture at the University of Latvia, as well as in other universities in Germany and Finland, and is an author of multiple research publications. His graphic art has been displayed in solo-exhibitions and group shows. He also manages Nice Place concept store and venue in Riga.

Rhys Trimble was born in Zambia in 1977. He is a bilingual poet, text artist, performer, drummer, editor, critic, collaborator, shaman, staff-wielder and shoutyman based in Wales. The author of more than a dozen books, including his latest, Swansea Automatic, he is interested in avant-garde poetry and Welsh metrics. He edits ctrl+alt-del e-zine. He has performed in countries around the world and his work has been translated into Slovak, Polish, Latvian and Turkish.