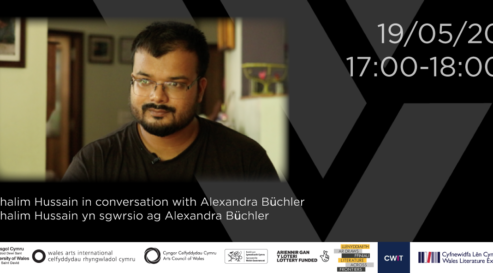 Join us for a digital conversation with this year’s Charles Wallace India Trust Fellow Shalim M Hussain and LAF Director Alexandra Büchler. Shalim is a poet, translator and rights activist from Assam who is completing his PhD at Jamia Milia Islamia University in New Delhi. His first book of poems Betelnut City was published in 2019. Post-Colonial Poems, his translation of poetry by the Adivasi poet Kamal Kumar Tanti came out in the same year. Three more books are forthcoming:  a book of translated poems, a travelogue and a work of fiction titled Noir Parrot. He is also putting together his second book of poems tentatively titled Tigers and Bores on Killing Road. He is the 2020 Charles Wallace India Trust Literary Translation and Creative Writing Fellow at Literature Across Frontiers – University of Wales Trinity Saint David, Lampeter Campus, with a project of compiling and translating an anthology of poems by Bengal-origin Muslims of Assam collectively referred to as “Miyah poets” and writing short stories.

The event was be hosted live on Yr Egin Online on Tuesday, 19 May and you can catch up with it on our Video Channel: https://www.lit-across-frontiers.org/channel/