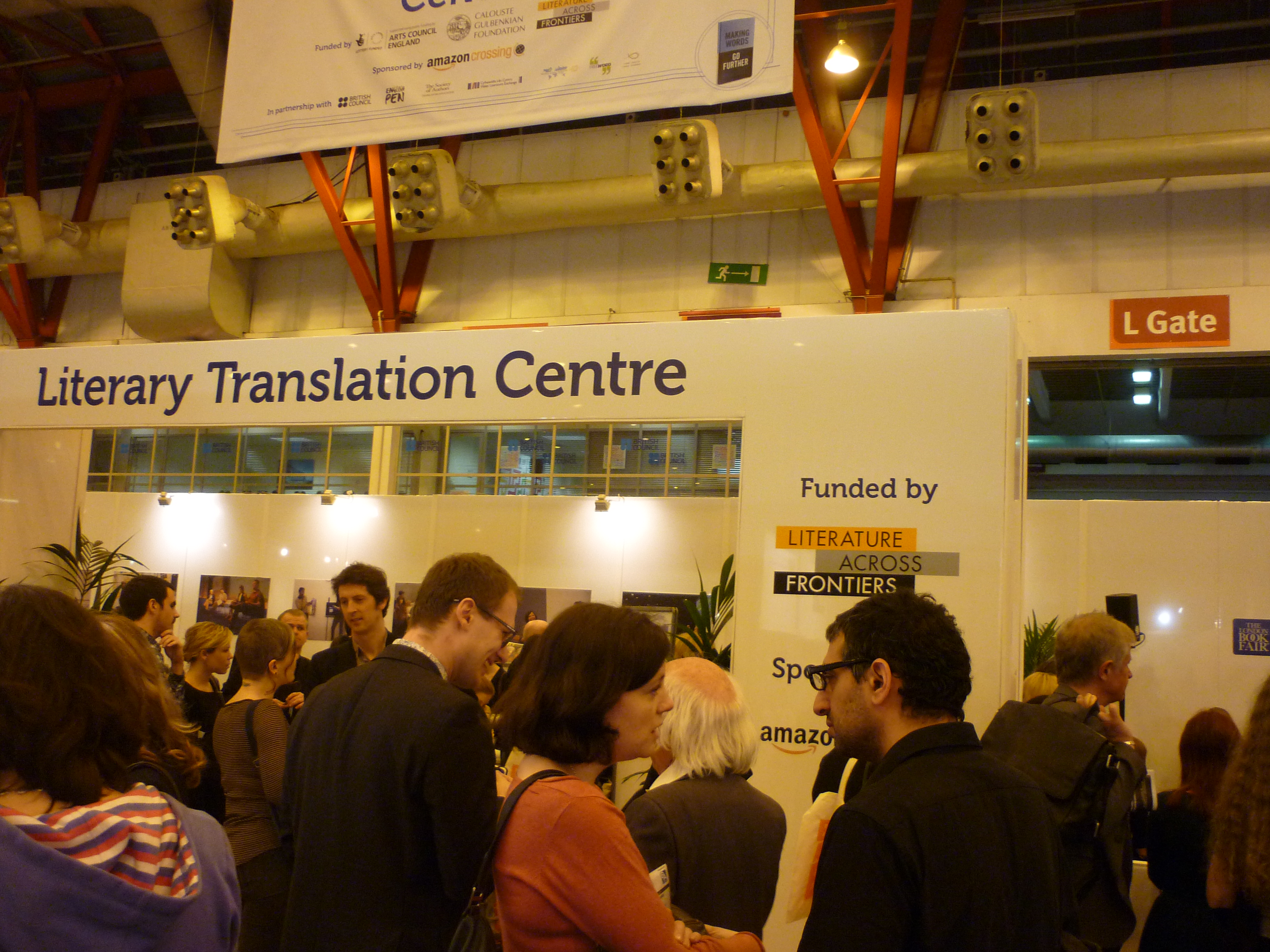 Literature Across Frontiers will be at the London Book Fair this April with a collective stand and a number of events. The fourth Literary Translation Centre at the fair has a packed programme of seminars on a range of topics. We’ll be focusing on Turkish writing, the role of agents in literary translation, writing in a minority, diaspora and immigrant context and will launch the new Tramlines iphone application developed with Comma Press. This year, we are again highlighting the European Union Prize for Literature with an event at the PEN Cafe featuring two winners of the 2012 prize, the Austrian author Anna Kim and Swedish author Sara Mannheimer in conversation with BBC broadcaster Rosie Goldsmith.

At our stand – X335 – we’ll be representing our partners the Latvian Literature Centre, the Centre for Slovenian Literature, the Etxepare Basque Institute and Wales Literature Exchange.

‘Minority writing’ takes many forms across Europe. Both the Armenians and Kurds in Turkey are part of a larger cultural group which has a homeland but also exists in a diaspora. How can the barriers to dialogue and exchange be overcome? Are writers of these two communities translated into other languages, and, importantly, into Turkish? What stands in the way of translating them into major languages likes English? And how do their experiences differ from those of immigrant writers who adopt the languages of their new countries? With Susan Harris (Words Without Borders), Anna Kim (author), Ciwanmerd Kulek (author), Nanor Kebranian (Columbia University) and Ararat Şekeryan (Aras publishing house).

How has Turkish literature fared in the UK and other English-speaking countries in the past two decades? A study conducted by Literature Across Frontiers, to be presented at the beginning of the session, concludes that despite the fact that translations from Turkish have increased in the 2000s, Turkish literature is still largely unknown in the UK, and leading authors as well as modern classics are still waiting to be introduced to English-language readers. On the other hand, as elsewhere, translations from English continue filling the Turkish book market. What stands in the way of turning the tide and making the rich literature of modern and contemporary Turkey known here? What are the specific challenges literary translators from Turkish face and what is the experience of agents promoting Turkish authors to local publishers? What are we missing according to a Turkish author and editor?

Organised by Literature Across Frontiers in association with the British Council. Download an updated research report on Literary Translation in the UK and Ireland from 1990-2012 in our research pages.

The Tramlines iPhone app invites readers to explore European cities through short stories written as a result of exchange residencies in locations as diverse as Alexandria, Barcelona, Istanbul and Prague. The stories form an alternative literary guide, mapping fictional journeys onto the urban landscape, and uncovering the cultural, political and personal lives of those living beyond the tourist trail. With Alexandra Büchler (Literature Across Frontiers), and Jim Hinks (Comma Press).

Tramlines is a Literature Across Frontiers project, in cooperation with Comma Press (UK), supported by the European Union’s Cultural Programme, Arts Council England and local partners. The iPhone app is developed by Toru Interactive. Find out more about Tramlines.

What is the role of literary agents in today’s world of international publishing? Are authors from outside the English-speaking territories represented in the rights-selling stakes and by whom? Ira Silverberg, ex-agent and publishing editor turned policy maker and grant giver at the US National Endowment for the Arts, quizzes three agents about the joys and sorrows of promoting “unknown” authors with “unpronounceable names”. With Catherine Frangou (Iris), Edgar de Bruin (Pluh) and Nermin Mollaoğlu (Kalem).