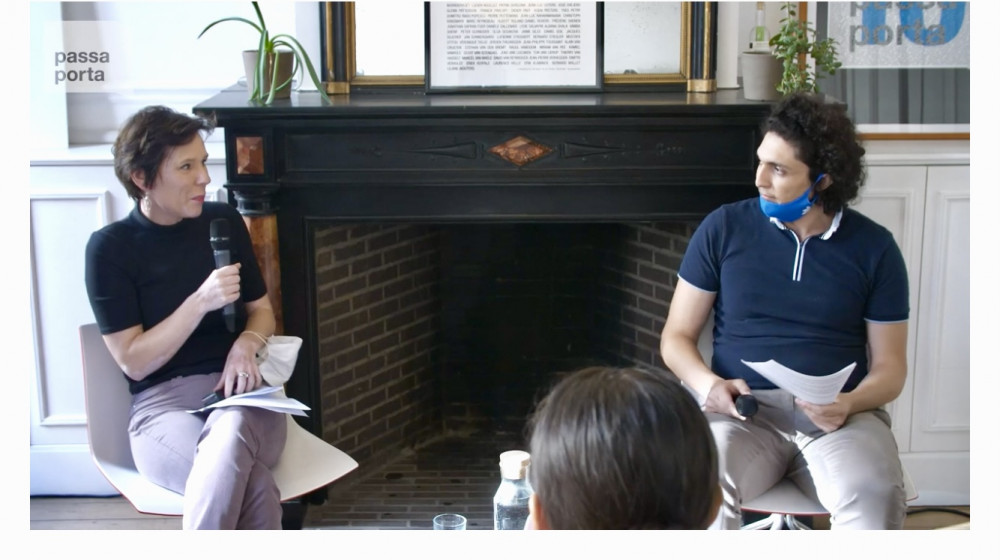 Muhanned Bennana is a young Lybian journalist and prose writer who had to flee his country and found refuge in Ghent. In 2019 he was invited for a short writing residency at the Passa Porta House for Literature, where he worked on a first English-language prose text as part of the Literary Europe Live Plus project supported by the Creative Europe Programme of the European Union. On 28 August 2020 he took part in the ‘Summer Aperitif’ event with his friend the Flemish author Annelies Verbeke, who advised him during the writing process. Watch the conversation here:

Read Muhanned’s text “What is My Place?” written during his residency, in English, French or Dutch here.

The project Literary Europe Live Plus focused on writers from conflict zones who have found refuge in Europe.