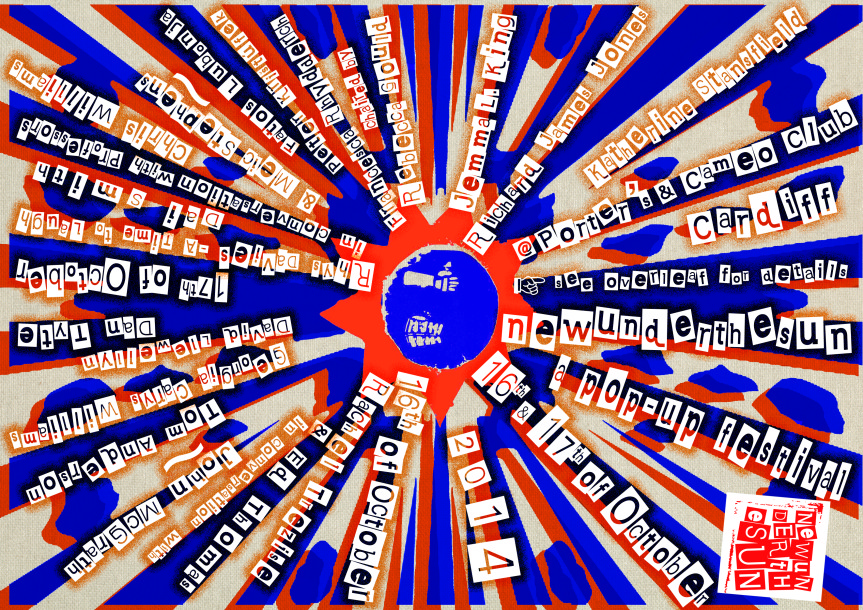 New Under the Sun is a pop-up international literary  festival taking place in Cardiff on the 16th and 17th of October. The festival is organised by Parthian books and with the co-operation of Literature Across Frontiers, Wales Literature Exchange and several other organisers, there will be some international writers will be joining the festival.

Peter Krištúfek (Slovakia), Fatos Lubonja (Albania) and Francesca Rhydderch (Wales) are three award-winning writers from countries on the edges of Europe whose different perspectives on the history of the last century are variations on a theme of internal exile. Peter Krištúfek’s House of the Deaf Man charts the fortunes of a Slovak family against the vagaries of central European politics (Parthian, October 2014). Francesca Rhydderch’s thoughtful debut novel The Rice Paper Diaries (Seren Books), set between Wales and Hong Kong during the Second World War, has just won the Wales Book of the Year Fiction Prize. Fatos Lubonja’s False Apocalypse (New from Istros Books, October 2014) takes a unique and disturbing look at post-communist Albania. The event is chaired by Gary Raymond of Wales Arts Review.

There are also a number of other exciting literary events taking place at the festival. Check out the full programme at http://nutscardiff.wordpress.com