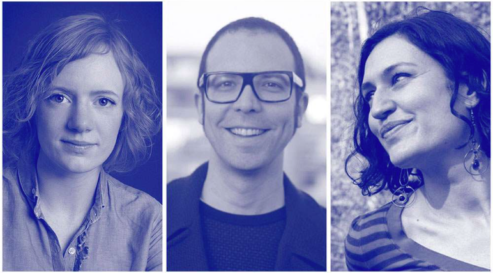 As part of Literary Europe Live, Kosmopolis the ‘amplified’ biannual literature festival in Barcelona, hosts a series of dialogues and chats with emerging authors from different European countries.

This event features three of the 10 New Voices from Europe selected in 2016 by the Literary Europe Live festivals. Juana Adcock has lived her life between Scotland and Mexico, so she writes in English and Spanish, and Erika Fatland writes in Norwegian, but she speaks six languages and her books feature her constant travels. They’ll be joined by Barcelona New Voice Albert Forns. The three of them will discuss the new generation of European writers who have left  behind frontiers in order to create art from a multicultural reality and from multiple reference points. They will also discuss the different ways of writing about violence, one of the themes common to their careers.