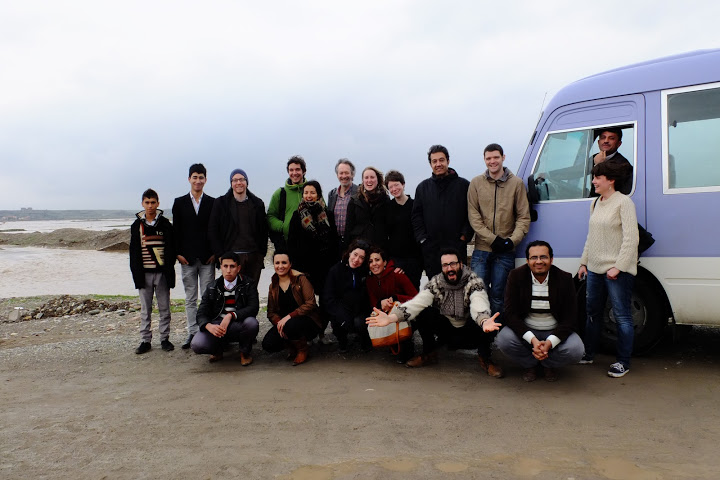 Following a poetry translation workshop at the Erbil Literature Festival in Northern Iraq in January of this year, Reel festival returns to the UK for its fifth edition. The Iraqi poets who first met their Scottish colleagues in January will come to the UK to continue their translation work and join film-makers and musicians at events in Edinburgh, London, Bristol, Glasgow, Derry, Newcastle, Dumfries and Leeds.

Reel is a traveling festival and has so far featured poetry, music and film from Afghanistan, Syria, Lebanon and now Iraq. LAF is delighted to be co-operating on this edition which commemorates the 10th anniversary of the invasion of Iraq. For blogs from the workshop, photos and event details visit the Reel Festival website: http://reelfestivals.org

Here’s a trailer for the festival…