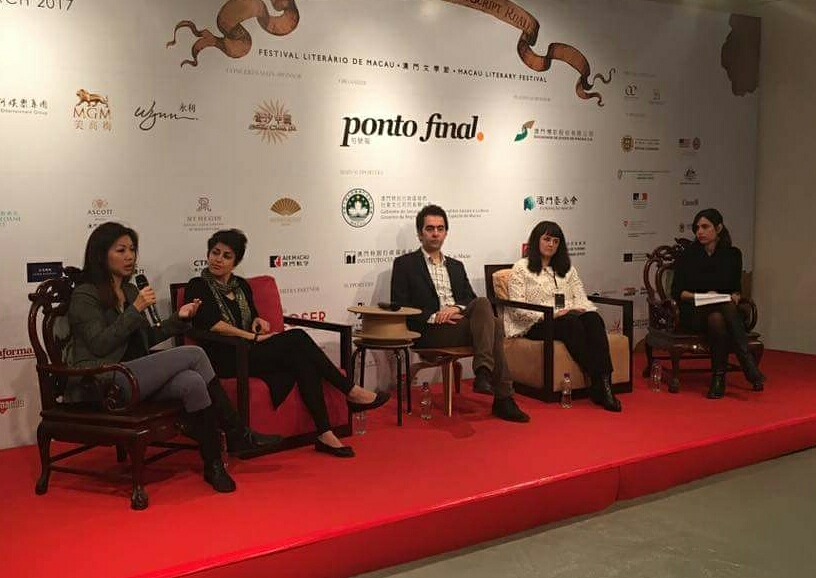 The Script Road Macau Literary Festival was founded in 2012 as first and largest gathering of literati from China and the Portuguese-speaking countries in the world. In recent years, the festival has gained in popularity, becoming an international event that welcomes renowned writers, publishers, translators, journalists, musicians, filmmakers and visual artists from various parts of the world.

In 2017, the Festival gathers more than 60 guests from over 20 regions and countries, among them two Man Booker Prize 2016 finalists, Madeleine Thien and Graeme Macrae Burnet. This year, Script Road takes place from March 4th to 19th.

Two of our New Voices from Europe – the Portuguese writer Bruno Vieira Amaral and the Kurdish writer from Turkey, Ciwanmerd Kulek – attend the Script Road Macau Literary Festival in Macau with which Literature Across Frontiers started cooperation last year.

In 2016, the authors Jordi Punti (Catalonia) and Owen Martell (Wales/France) travelled to the Script Road Festival with LAF as part of our programme Literary Europe Live in China and Macau.