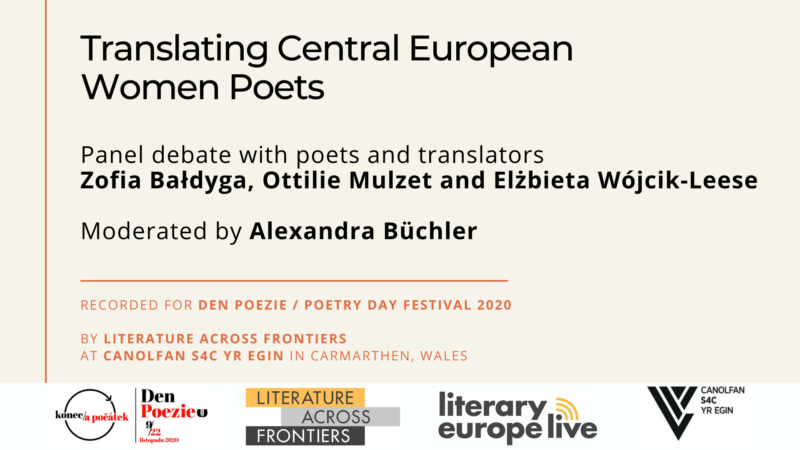 The debate was recorded for Den Poezie / Poetry Day Festival and organised by Literature Across Frontiers at Canolfan S4C Yr Egin. It streamed on Saturday, 21 November 2020. Watch the discussion here: https://www.youtube.com/watch?v=s9rq_m1aut4 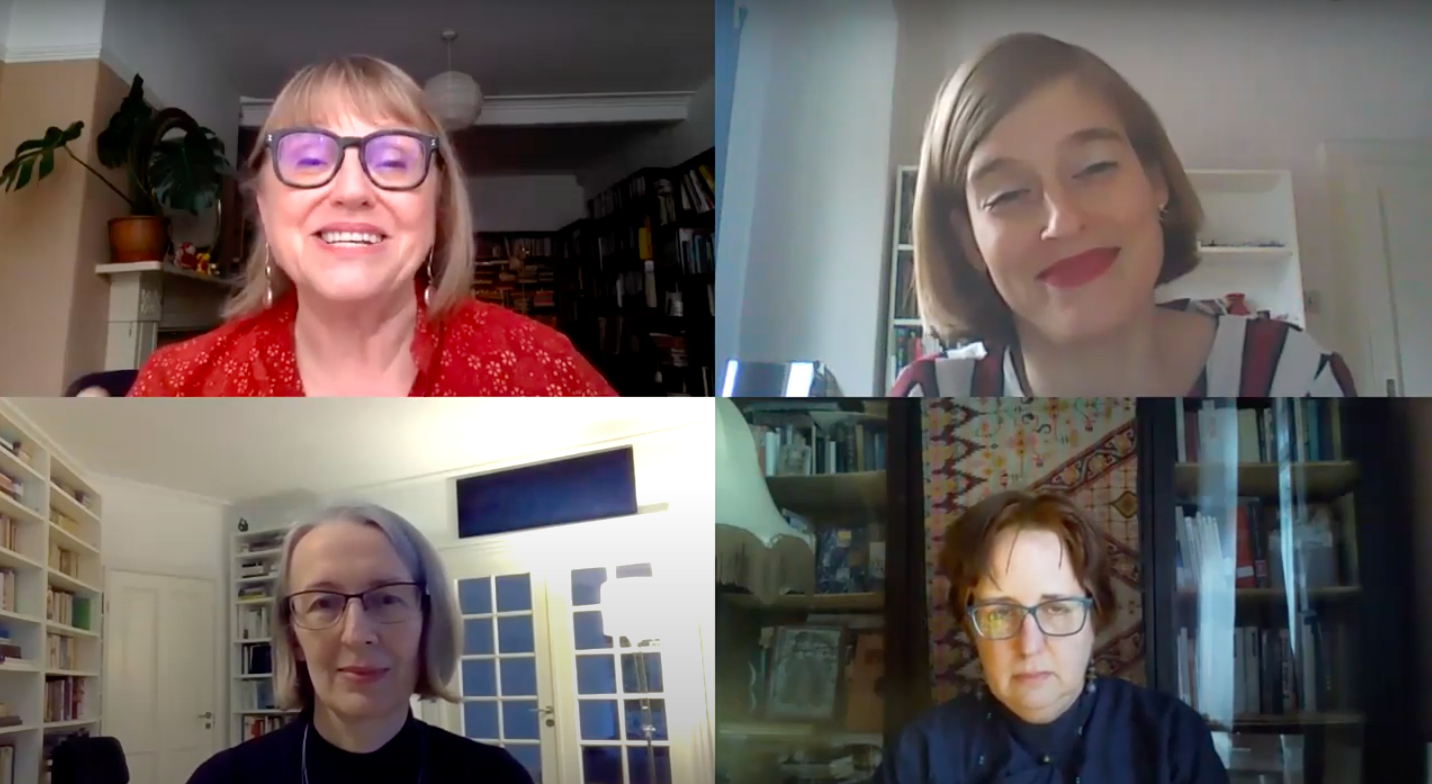 Alexandra Büchler is director of the European literary platform Literature Across Frontiers, and an editor and translator working in English, Czech and Greek. She has published translations of prose, poetry and non-fiction, particularly on Czech modernist art and architecture. She was series editor of Arc Publications’ ‘New Voices from Europe and Beyond’, dubbed ‘Six Poets’ series, for a decade, and edited and part translated Six Czech Poets for the series.

Ottilie Mulzet translates from Hungarian and Mongolian. She was awarded the US National Book Award for Translated Literature in 2019 for her translation of László Krasznahorkai’s Baron Wenckheim’s Homecoming, and the Tibor Déry Prize in 2020. She has translated the poetry of Krisztina Tóth, Ágnes Gergely, and Anna T. Szabó, among others, in literary journals, and is working on an anthology of Hungarian women poets for Seagull Books.