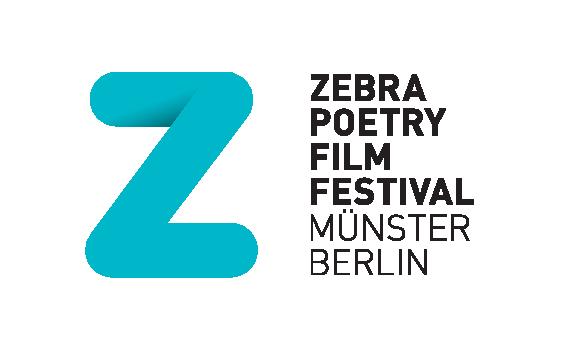 Literature Across Frontiers is proud to cooperate with ZEBRA Poetry Film Festival Münster | Berlin as part of the Literary Europe Live project.

For the first time, ZEBRA Poetry Film Festival Münster | Berlin will be held in Münster from 27-30 October at cinema Schloßtheater.

Established in Berlin in 2002, ZEBRA Poetry Film Festival was the first and remains the largest international platform for cinematic adaptations of poetry.

With three poetry-film competitions – one international, one German, and one North Rhine-Westphalia based – as well as themed film programmes, a retrospective on TV poetry hosted by Klaus-Peter Dencker, readings, a Colloquium, a lineup for younger audiences called ZEBRINO and a lineup focused on works from the Flanders and the Netherlands, ZEBRA Poetry Film Festival 2016 promises to showcase the richness and diversity in the emerging film genre of poetry films.

As part of the official programme of the Frankfurt Book Fair, ZEBRA Poetry Film Festival Münster | Berlin will bring into focus Dutch language and literature this year, and present work of artists from Netherlands and Flanders.

This year, more than 1,100 submissions from 86 countries were submitted to the ZEBRA Poetry Film Festival Münster | Berlin, among which 80 have been nominated by the program commission to compete in the international and national competitions. Four prizes totaling €12,000 will be awarded by the three-member international jury, including the “ZEBRA Award for the best poetry film”, the “Goethe Film Award”, the “Ritter Sport Film Award”, as well as the “Award for the Best film for Tolerance”. Additionally, 18 films will be presented in the newly established NRW (North Rhine-Westphalia) competition.

The ZEBRA Poetry Festival is organized by the Filmwerkstatt Münster in cooperation with the Haus für Poesie (formerly Literaturwerkstatt, Berlin).

Literary Europe Live (LEuL) brings together sixteen literary festivals and venues from around Europe to foster and encourage programming that reflects the richness and diversity of the European literary landscape. It also highlights and supports outstanding emerging literary talent and develops live and digital audiences for writing in translation. The project is launched by Literature Across Frontiers and supported by Creative Europe.