The European Commission’s annual translation contest for 17-year old students will take place on 24 November 2016 — it will be for students born in 1999. 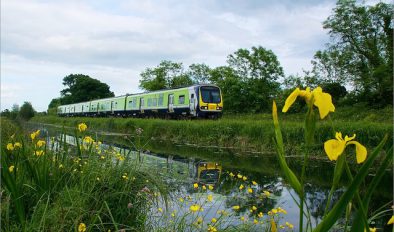 A category of the Crime Writers’ Association Daggers (which have been awarded to quality crime writing annually since 1955), the International Dagger is a prize for crime novels (including thrillers, […]

Euro Crime is a website dedicated to crime fiction, both in English and in translation from other languages. It reviews the latest books to be published in English; other features […]

Commonwealth Writers is the cultural initiative of the Commonwealth Foundation. It  inspires, develops and connects writers and storytellers in a range of disciplines. It builds communities of less-heard voices and links them to […]

Polish Cultural Institute in the UK

The Polish Cultural Institute is a diplomatic mission of the Ministry of Foreign Affairs of the Republic of Poland. Based in London, the Institute is dedicated to nurturing and promoting […]

The Swedish Arts Council (Kulturrådet) is the authority responsible for promoting Swedish literature in translation. Through Swedish Literature Exchange it coordinates a number of efforts in this field, publishes the magazine New […]

The Poetry Society was founded in 1909 to ‘promote “a more general recognition and appreciation of poetry”. It represents British poetry both nationally and internationally. Today it has nearly 4000 […]

For the last 90 years, PEN American Center has been working to ensure that people everywhere have the freedom to create literature, to convey information and ideas, to express their […]

The Joseph Brodsky/Stephen Spender Prize is open to entries of translations of poetry from Russian into English. Details are available on the Stephen Spender Trust website: http://www.stephen-spender.org/brodsky_spender_prize.html