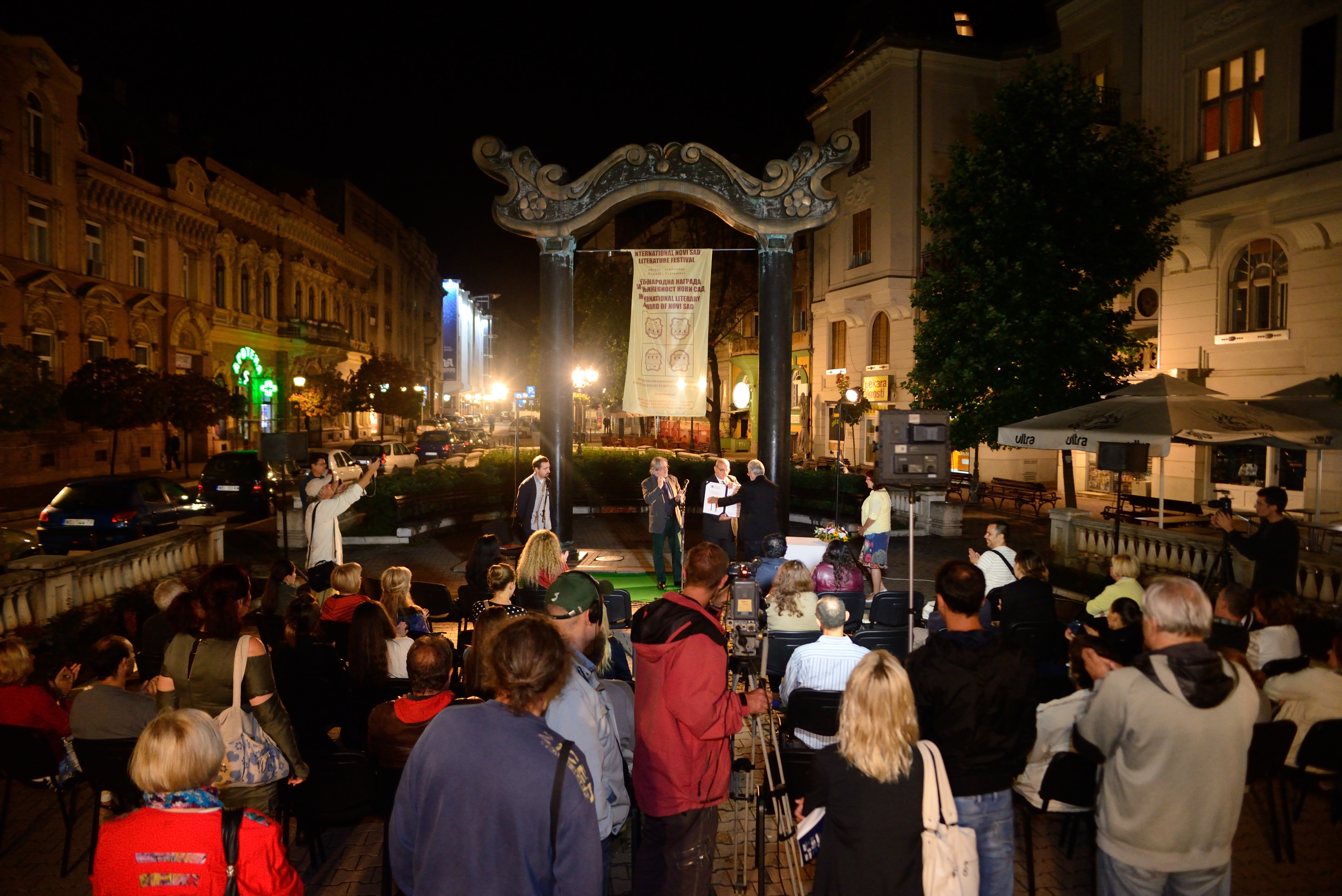 The 9th International Novi Sad Literature Festival is taking place this week in Novi Sad in Serbia. Appearing at the festival are more than 20 writers from Great Britain, France, Germany, Russia, Mexico, Poland, Hungary, Columbia, Romania, Denmark, Bulgaria and other countries, along with over 30 authors from Serbia. They are taking part in a number of literary events, readings and discussions, from afternoon until late in the night. Seven Serbian poets will also take part in the 2014 Novi Sad poetry slam.

Since the festival was founded in 2006 by Jovan Zivlak it has, along with the Association of Writers of Vojvodina, presented the work of over 600 authors from all around the world, publishing their work in the magazine Zlatna greda.

The International Literary Award Novi Sad is an annual prize awarded to a world-renowned living poet for his or her poetic oeuvre or lifetime achievement in the literary field. Previous winners have included Christoph Meckel, Jean Pierre Faye and Ben Okri. The open-air award ceremony is held at the Festival in the Trg Mladenaca Square in front of the Poetry Gate. Each of the winners has their book translated into Serbian and published after the festival.

Brankova nagrada is the most important poetry prize for young poets in Serbia. The award ceremony takes place in the historic town of Sremski Karlovci nearby Novi Sad as the prize is supported by the local municipality. The 54th prize laureate is Danilo Lucic (born in 1984) for the poetry collection Lines about soft tissue. Past winners of this prize are now some of the most important Serbian poets writing today.

Festival programmer Stevan Bradic emphasizes that the festival includes not only readings, but also performances, exhibitions and music, including performances by international youth orchestras. The festival is held close to the Fruška Gora National Park so the participants can enjoy the scenery and get a taste of the cultural heritage to be found on the slopes of the mountain. The festival also always starts and ends with a boat trip on the river Danube.