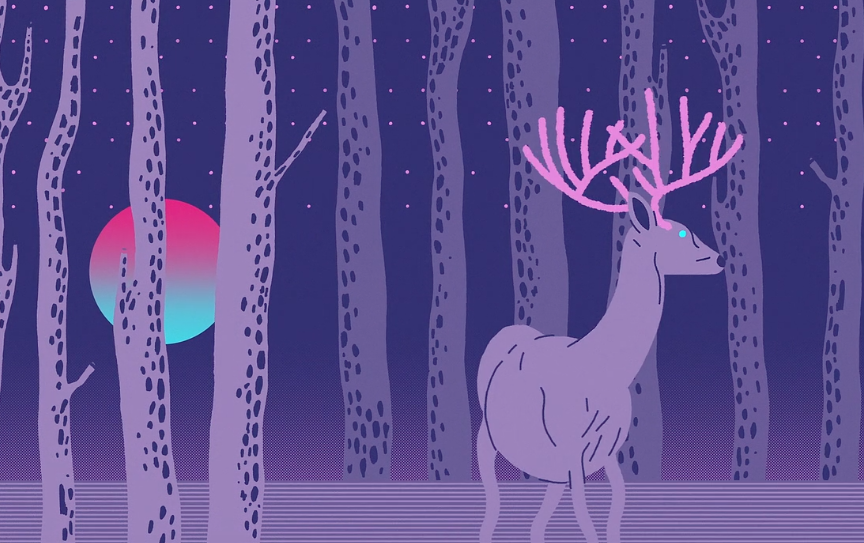 Poetry and the New Media: Dispatch from the 2016 Oslo Poesifilm Festival

Oslo Poesifilm is a festival that makes an ambitious attempt to answer the question: What exactly is poetry? The unceasing arrival of new media and the shifting world of online networking offer poets and artists many new ways to answer this most fundamental question, as Nia Davies reports from Norway.

The programme of the 2016 Oslo Poesifilm festival included examples of how poetry can look, feel and sound in this contemporary world. It’s not just about film, the festival explored all possible dimensions of new media: mobile apps, cinepoems, animations, live visual-sonic concrete poetry, highly computational poetry collections, and imaginative use of social media as form.

Of course, the form and nature of poetry have always been tested and expanded with the application of technology. One documentary in the festival showcased the earliest poetry-films, made at the emergence of the film medium in the early twentieth century. Though film is still underused as a poetic medium, its potential to explore the interface between visual and textual meaning and feeling is now widely recognised. There are many avenues to take. The festival screened Aurelia Lassaque’s ‘Solstice’ which captured cinematically the atmosphere of St John’s night in Southern France with the poem voiced in its original Occitan overlaying the visuals and music. There were also documentaries such as one about ‘the last bohemian’ Øystein Wingaard Wolf by Fabian Greenberg. A host of animated films for adults and children were also a big highlight.

The potential for animation and poetry to intertwine is particularly fascinating; animation can take us beyond the concrete real world into fantasy in a similar way that poetry can take us beyond fixed meaning and communicative language. Language and visuals shift position in our attention; one may come to the fore whilst the other works subliminally in the background; later, the other may come forth again. Animations by Ewa Borycewicz, Kristian Pedersen, Vessella Dantcheva, Tord Torpe and others were not simply representations or interpretations of poetic texts but poems in their own right.

Similarly to poetry-film, e-literature has been evolving since the invention of computers. Showcases of work by Caterina Davinio and the programmers of the Demoscene – which exploded in the 1980s and 1990s in central Europe – demonstrate that people have been experimenting creatively with computational programming since the beginning of the medium. Finnish poet Saila Susiluoto presented her interactive poetry collection for tablets – an almanac of tactile interactive poetry inspired by the earliest computational device discovered, the Antikythera mechanism from ancient Greece – an analogue computer designed to predict astrological events. We also entered the delightful animated world of Danish writer Merete Pryds Helle’s apps, whose game-like narratives for children and adults allowed users to creatively explore the self-contained world of the story. What is interactive? It’s been argued lately that the internet, instead of realising the possibilities of the interactive and releasing the creative potential in all of us, has encouraged ‘interpassive’ mental states; clickbait, smartphone games, pokes, likes, all these allow for some input or choice but are not in themselves especially creative or even active. There’s still a huge degree of interactions possible in the emerging mediums. And this festival showed that audiences or readers are far from passive. The live feature by Ottaras on Friday evening used concrete poetry performance, live electronic music and arresting visuals. One piece encouraged the audience to dance along to the poem. We can put our own faces into one of Merete’s apps and use all the functions of our device to create our own version of a story or poem. We are still at the beginning; there’s far more the audience and performer or reader and writer can do together, as many of the performances in this festival showed.

The works often put play at the heart of the process. This was most obvious in the children’s poetry animations. In a room full of small children there were also several adults sitting there with a big smiles on their faces. Merete’s apps are often for children but the adults in the room couldn’t wait to have a play too.

A photo posted by Literature Across Frontiers (@literatureacrossfrontiers) on Feb 5, 2016 at 10:51am PST

Play, wonder and distraction are at the heart of the creative process but are often things that we think we must train ourselves out of when we’re online, so that we can be more productive. In art-making the need for play is paramount, but it’s often not possible to play in the current economic landscape that values instant returns on investment over everything else. It was noticeable in the work of the festival just how much technical expertise is needed in these mediums to be truly experimental. Merete and Saila’s apps reminded us that film editors, coders and technical experts (unlike most artists, sadly) can charge high fees for their time-consuming work. So many of these pieces had taken years of fundraising. And animations that took three years to create are experienced in a short, intense three minutes.

Sándor Vály is another artist who practices intensive play with form. Fascinated with the now centenary-old DADA tradition, he climbs inside forms and dismantles them. His opera Die Toteninsel was filmed on a low budget with non-actors who not only had no training in singing but also couldn’t speak the German of the text they were singing from. The original poem itself is a long lost libretto, the music for which has disappeared without trace. Vály felt the poem was out of place in its own era. The result of his reworking is also dislocated, funny and strange, working at the boundaries of finesse and language itself.

Playing with form is also a preoccupation of US alt lit star Steve Roggenbuck, one of the festival’s hardest working participants. He showed filmed poems that play comically with the medium of the youtube vlog.

Roggenbuck has also recently toyed with anonymous microblogging platform Yik Yak, undermining its banal culture of sniping or advertising with mini-experiments and interactions that elicited comic results. His motivation is to ‘boost’: to give others a new feeling, a sense of well-being. Playing with the online self-help genre, Roggenbuck has created a self-parodying vocabulary of ‘boosting’ and even a new publishing house – Boost House. He calls this use of the internet ‘post-ironic’, but it has a serious purpose – to create in others a constructive or positive feeling. You might expect that the new internet-based poetry would deal in faceless alienation, but Roggenbuck’s work deliberately works to make connections between human beings. The internet, he explained in his talk, allows him to reach hundreds of people instantly causing a positive effect in their bodies – a smile, a laugh, an energy surge etc – a boost, basically. This is another answer to the question of what poetry is – a dynamic communication between people that has the power to register physical and emotional affect across boundaries of space, time and culture.

And that’s one of the other wonders of the festival – it is both interdisciplinary and intercultural allowing participants and audience to have their worlds expanded and to make connections with each other. Here you can step outside your usual culture – or very often your subculture: the demoscene, alt lit, twitter-poetry etc – step outside and meet someone who does things differently, interact, get boosted!

Nia Davies is a poet based in Wales as well as Communications Manager for Literature Across Frontiers.