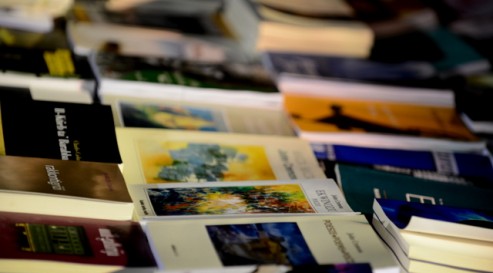 How many translations are being published in the UK?

How many translations are published in English and how accurate is the often quoted figure of 3%? Which are the most translated languages and which literatures are we missing out on? A new report from Literature Across Frontiers (LAF), Publishing translated literature in the United Kingdom and Ireland: 1990 – 2012, finally answers many questions surrounding translation statistics.  The report, prepared by Alexandra Büchler and Giulia Trentacosti, is a welcome addition to the translation reports and surveys published on LAF’s website and will be launched in electronic format on Monday 13th April, on the occasion of the London International Book Fair 2015.

The key findings presented by the report are based on analysis of two distinct data sets: raw data extracted from the British National Bibliography for the period 1990 – 2012 and processed data for the period 2000 – 2012. The raw data makes it possible to produce statistics comparable to those published by other book markets, while the manually processed data provides an annual list of literary translations comprising fiction, poetry, drama, children’s books and creative non-fiction, so far for the period 2000 – 2012. The processed data sets have been further analysed with respect to genre and source language.

LAF director Alexandra Büchler said: ‘The report brings us, for the first time, reliable data and statistics on the publishing of translations in the United Kingdom and Ireland. Our analysis shows that the often quoted 3% estimate indeed corresponds to the established average of all translations recorded in the British National Bibliography over the past two decades. This is embarrassingly low, compared to the percentages recorded in other European countries, including large book markets with healthy domestic book production such as Germany, France, Italy or Poland. Literary translations represent a slightly higher share, consistently exceeding 4% with a peak of 5.23% in 2011. The statistics show a steady growth of literary translations over the past two decades in absolute numbers and this is very encouraging. General translations grew by 53% between 1990 and 2012 and literary translations by 66%. This is of course reflected in only marginal percentage growth due to the growth in the overall publishing output. Also encouraging is the diversity of source languages with small European languages like Swedish, Norwegian and Dutch among the top ten translated languages alongside two non-European languages, Arabic and Japanese. On the other hand, most Eastern European languages are seriously underrepresented and we are clearly missing out on entire swaths of literary landscapes in our immediate neighbourhood.’

The next step LAF plans to take will be to publish the long awaited database of literary translations for the period  2000 – 2012 and to conduct further analysis which will tell us more about the trends and patterns of publishing translations beyond the basic quantitative information brought by the present report. Another task will be to process the raw data for the earlier period and subject them to a similar analysis.

1. Literature Across Frontiers is the European Platform for Literary Exchange, Translation and Policy Debate, based at Mercator Institute for Media, Languages and Culture at Aberystwyth University, Wales, UK.

2. Previous reports from LAF include surveys of European national organisations supporting translation, survey of European publishers of translated literature, reports on the translation of Arabic, Hebrew and Turkish literature in the United Kingdom, and Publishing Translations in Europe: Trends 1990-2005.

3. The report is published on Literature Across Frontiers’ website and can be downloaded from: http://www.lit-across-frontiers.org/research/making-literature-travel-research-reports-downloads/

4. The authors will be available for interviews at the Literary Translation Centre (ground floor SE160) during the London Book Fair

5. The report was supported by the Calouste Gulbenkian Foundation, Arts Council England and Arts Council Wales.