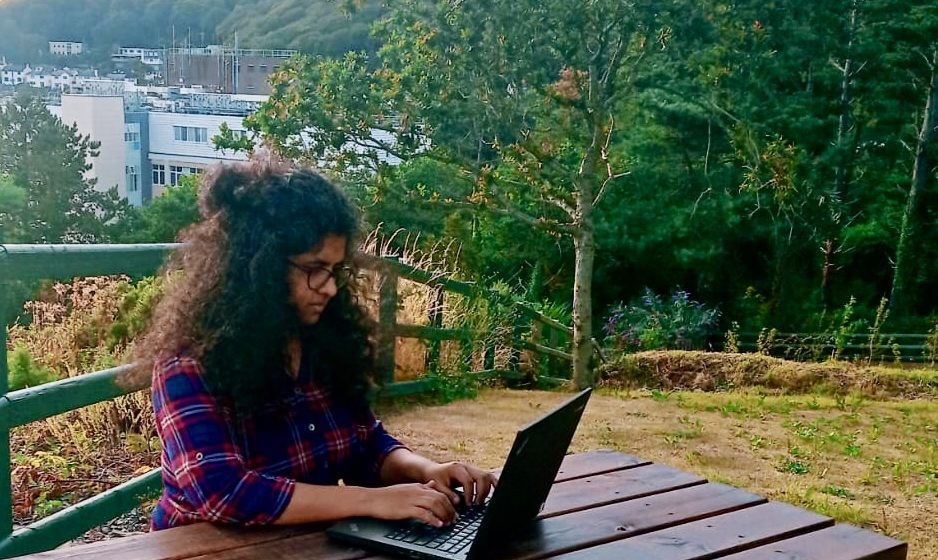 I remember a short story I read back in the day when I was made to feel guilty about reading fiction when I ought to have been spending my time on the job-oriented college coursework that my parents had paid for with their hard-earned money. My relationship with literature was more innocent then and my reading was as eclectic as it was artless. I don’t remember the name of the story or its author or the anthology it was a part of or whether it was in the Reader’s Digest (which it could very well have been as I bought old issues by the kilo from the local raddiwala). It could be a famous story by a famous author and I might slap my forehead if I find out, but in spite of its presumed obscurity, its plot has remained with me through all these years of meandering and meaninglessness. It begins with a homeless young woman finding a cash-stuffed wallet in the street and rather than using it to buy herself a meal that she so desperately needs, she takes it to the police where she refuses a reward for doing her duty. Her integrity in the face of poverty gains her much praise and fame and a rich man offers her a job as his live-in housekeeper. She takes it and does a good job of it. But there is no romance between them, nor is there sexual exploitation or predatory behaviour by the man as a seasoned reader might expect. He pays her well and she has a nice room to herself in which she puts a potted plant and a painting on the wall. She also loses weight as she no longer has to eat cheap starchy foods to satiate her hunger (since reading this story I have attributed my weight problems to my poverty) and begins to look good in better-cut clothes. But one day, her employer dies in a domestic accident that suspiciously looks like murder and society is quick to forget her record for honesty and blames the now smartly turned-out woman for murder. She is sent to jail which, rather than kill her spirit, gives her the space to thrive – she makes herself useful there and is given her own cell and is allowed to put a potted plant and a painting in it. There is the comfort of routine in her life, she isn’t bothered by worry about her next meal and she has peace in the simplicity of her own little space. And then this young whippersnapper of a lawyer looking to advance his career with an act of do-gooding fights her case and manipulates the media to paint himself as the saviour of the voiceless woman—in a trial in which she is hardly allowed to speak for herself—and gets her out in a flourish of self-congratulatory poses. She finds herself back on the streets. She murders the lawyer.

I’m not sure how much the writer was referencing Virginia Woolf in this story. I don’t think the protagonist was a writer in any capacity either. She wanted a room of her own just to be. And although I have never resorted to such desperate dramatics, my quest has not been dissimilar. That is perhaps why this story is stuck in my head over all the hoity-toity tomes I have made myself read since then. To have time and space to be alone with my thoughts has been, for the longest time, my fondest desire and, owing to my less-than-pragmatic life-choices, the hardest to achieve. Aberystwyth was the first place where I put my metaphoric potted plant on the mantelpiece and a framed picture on the wall and sat down and wrote.

I was awarded the Charles Wallace India Trust Fellowship for writing and translation at Literature Across Frontiers, University of Wales Trinity Saint David in 2021/22, but this was not the first time I applied.  I was told I was a close contender the year the last fellow, Shalim Husain, was successful, and that encouraged me to try again. But then the pandemic happened and international travel was suspended indefinitely. In that time, I published a short novel and won some prizes and suchlike as a translator, and that must have helped boost my application. I think I got this opportunity at the right time in my career. I was beyond thrilled when I found out I had been chosen and immediately got down to planning a writing and translation schedule for when I would get to Wales. I had been meaning to write a collection of social satire short stories which had been impossible in the clutter and chaos of my peripatetic lifestyle. I wrote down the plotlines and made meticulous notes so I could flesh them out in Wales. And here, I completed fifty of the sixty thousand words I had set as a target for myself. I had also been commissioned the translation of the Kannada novel Tejo Tungabhadra by Vasudhendra. Literary translation in India, unlike the UK, is not paid by wordcount making it an expensive hobby – the euphemism for which is ‘passion’. One gets an honorarium if one is lucky. I was honoured by the honorarium I received but was wondering how I would pay my bills during the months and months of dedicated work the 450-page work of historic fiction demanded. I stretched my savings and translated some of it in India, and thanks to the fellowship, I completed the rest of the book in Wales. The novel is expected to be out in September 2022.

Apart from this, I have also been writing poems. These were not included in my proposal, but poetry has always been my way of responding to the bewildering and the beautiful, and I saw no reason to stop writing poems while in Wales. On the contrary, the experience of being in the UK for the first time, and in such a distinctive location at that, inspired a fairly prolific output. Right from the joy at the practice of ‘kicking the bar’ on the promenade; to the thrill of riding the steam train to Devil’s Bridge; to the parallels I drew with my own language in the oppressive practice of the ‘Welsh Not’; to reading the story of the Aberfan disaster; to finding a medieval Welsh poem where the poet thanks a Rhys for bringing him swans only to discover that he eats them—to which I responded with a humorous poem addressed to the Rhys in my life—I wrote about fifty poems on various themes with different tones, treatments and styles. One of them has been accepted for publication by the Poetry Review. I’m hoping to find a publisher for the collection.

Contrary to what many people have told me, I don’t find translation to inhibit my voice as a writer. I, in fact, find the two literary practices to feed into each other and help me hone my craft. Writing, ultimately, comes down to having interesting things to say and having interesting ways to say them. With translation, the first part is taken care of. Literature Across Frontiers is one of the small number of organisations that recognise the tandem nature of writing and translation and seek to encourage its practitioners. I feel immensely grateful for having received this fellowship and it has helped me in very tangible ways.

I got to speak at the London Book Fair upon arrival where I had the chance to present my views on some of the predicaments of translation and publishing in India. It was enriching to talk to translators from European languages and gratifying to compare notes and find we had so much in common as literary translators irrespective of the languages we worked with. I also welcomed the chance at networking and managed to find a UK-based publisher for my novel Sylvia: Distant Avuncular Ends that has so far only been published in India.

I loved that the program was not structured rigidly. While I had many opportunities to meet and interact with academics and writers and present and discuss my work, I had complete freedom to read and write what I liked and at my own pace. I had access to the National Library and had an office at the Centre for Advanced Welsh and Celtic Studies from where I had the most spectacular view of the town and the sea and the hills around it. Aberystwyth has been every bit as scenic and idyllic as I had imagined it to be ever since I saw the photo of the promenade in dreamy twilight colours on the Literature Across Frontiers website for the first time. I spent many hours in the castle grounds or on the beach strewn with the most beautiful pebbles doing luxurious nothing. And that, for me, has been more enriching than a hyperbolic number of hyperbolic literary programmes.

There are no evil stepmothers in my Aberystwyth story, but I have a distant aunt by marriage, who is more a perpetuator of toxicity rather than pure evil, in fact, she looks like the cost-of-living crisis in the UK. While the bursary is generous by Indian standards, I found it to be a bit of a pinch when it came to living on it in the UK. It may be owing to the increase in domestic tourism post Covid and that Aberystwyth is a popular seaside town, but I wasn’t as lucky as my predecessors in finding comfortable accommodation at a reasonable price. What I paid for a tiny, mouldy room in a house shared with six other people where we took turns cooking and eating our meals in the claustrophobic shared kitchen could have got me a large 3-bedroom apartment in a fancy neighbourhood in Bangalore. The landlady who tried to cheat me out of the security deposit and then made it look like she was doing me a favour by returning it when I stood my ground will be satirised for eternity in a forthcoming story. Everything is material and I am a happy fly on the wall. Another hiccup was being barred from boarding the flight I had initially booked as I did not possess an airport transit visa for Germany (an oversight I attribute to my inexperience in international travel coupled with the ever-changing rules post covid, Brexit etc.) I paid for the last ticket on a flight by another airline to get me to London. And July and August being the most expensive months for travel, my return journey will cost me more than the entire travel allowance. So, while the bursary might have worked well as a supplementary resource to writers with jobs who came to Wales in better economic times, it put someone like me at a disadvantage. It felt like an extension of my mother shaking her finger at me for choosing creative preoccupations over gainful occupations. But on the whole, I have no complaints as everyone has been so kind and accommodating and have gone out of their way to make me feel welcome. I was also pleasantly surprised by the minimum bureaucracy in the system and the lack of ji-huzoori in getting things done. Not once was I required to write letters in triplicate to ‘Respected Sir/Madam’ asking them to ‘Kindly do the needful’ with copies of every possible document from my 10th class mark-sheet to my birth-chart attached to seek permission for existing.

Experiences usually take a while to sink in and I am certain Aberystwyth and Wales and all the lovely people I met will be a big influence on my thoughts and writing for a long time to come. Aberystwyth will be the potted plant and framed picture I take with me as I begin afresh a search for a room of my own back in India.