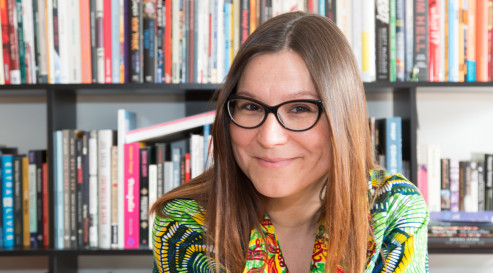 Canan Marasligil is a freelance writer, literary translator, editor and curator based in Amsterdam. She works internationally in English, French, Turkish, Dutch and Spanish. She specialises in contemporary Turkish literature as well as in comics. Her interest is in challenging official narratives and advocating freedom of expression through a wide range of creative projects and activities. Canan has worked with cultural organisations across wider Europe and has participated in a range of residencies: as translator in residence at the Free Word Centre in London (2013), as a cultural journalist at WAAW in Senegal (2015) and most recently at Copenhagen University working on “City in Translation”, exploring languages in urban spaces. Find out more at cananmarasligil.net and cityintranslation.com.