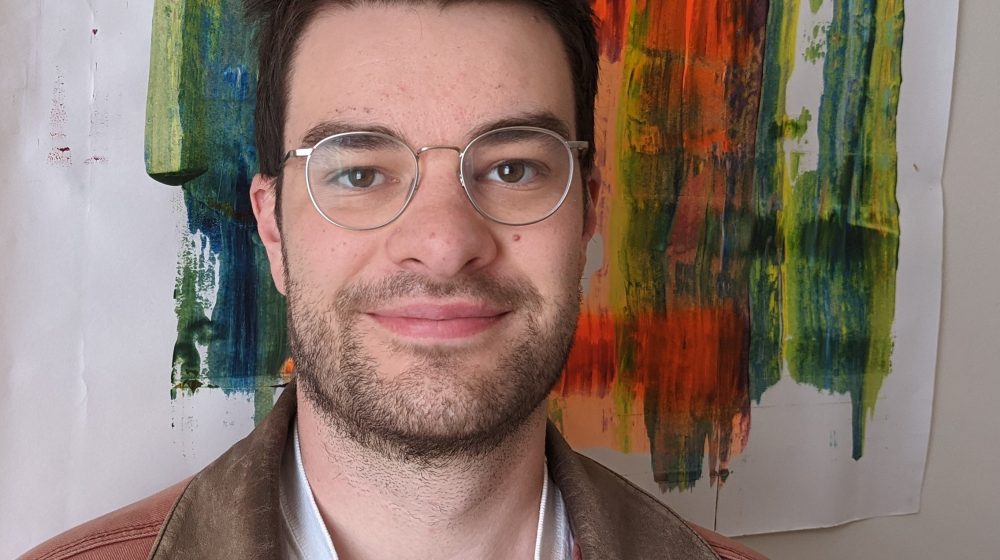 Dyfan was raised in Craic-cefn-parc, a village to the north of Swansea. He writes in a variety of mediums. Having won the essay prize at the National Eisteddfod in Cardiff 2018, he received a Literature Wales bursary to write a book of essays on traveling named AMSER MYND. He has released two poetry pamphlets to critical acclaim, Golau, a series of reflections on abstract photography and light, and Mawr, a pamphlet that reflects on his childhood and the place where he grew up. In 2021 he won the National Eisteddfod AmGen Crown for poetry.

He publishes his work through his own press – www.gwasgpelydr.com. Gwasg Pelydr also curates creiriau.cymru, an online cultural labyrinth that welcomes submissions from all types of artists.