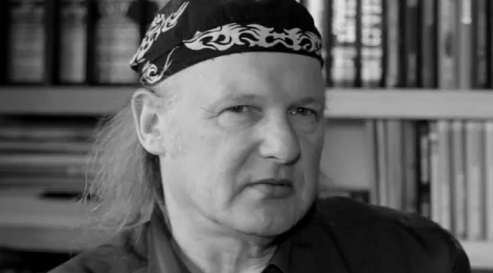 Eduards Aivars (real name Aivars Eipurs) is a poet, short prose writer, essayist and a long-time literary mentor and consultant of young and aspiring poets. His fields of study and research include philology and group psychotherapy, he has worked as a teacher, press secretary, editor and publicist, and also has been providing counselling and therapy for rehabilitating addicts and alcoholics.

He speaks Russian, English, French, Spanish and Italian, and is an active member of the Latvian Writers’ Union. His literary works are being published frequently since 1985 and regularly nominated and awarded important literary awards and prizes. His poems have been translated into English, Ukrainian, Hungarian, Swedish, etc. Eduards Aivars is also known as the compiler of the well-received anthology One Poem (Viens dzejolis, 2013), comprising previously unpublished works of 78 poets. Having published nine collections of poetry, and several works of short prose, Eipurs also collaborates with others, and his contribution to culture and literature reaches beyond his own writing.