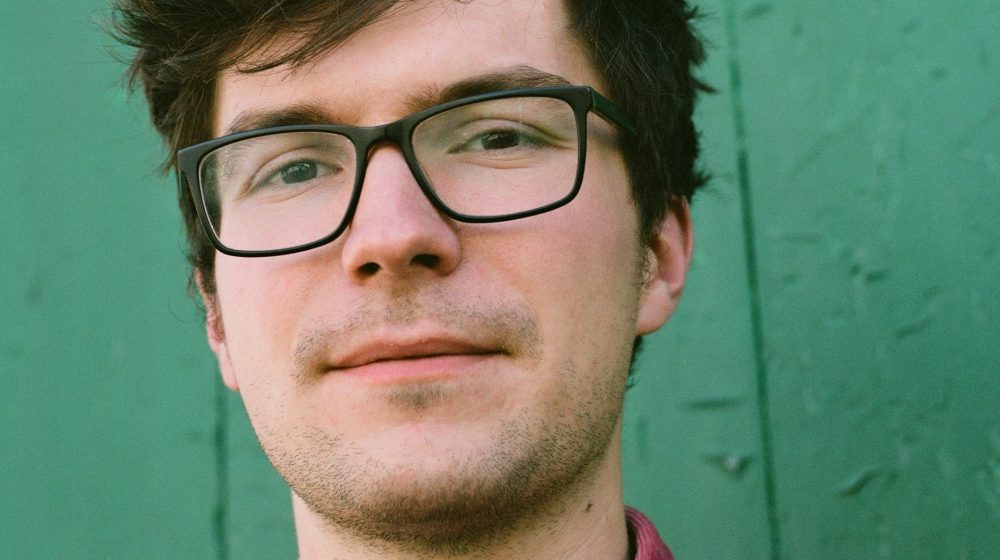 Iestyn Tyne was brought up on a farm in Boduan, Pen Llŷn and following his school education, he studied for a degree in Welsh at Aberystwyth University, graduating in 2018. He has now settled in Caernarfon with his family.

He is the co-founder and co-editor of Y Stamp magazine and publications, and has published three volumes of poetry to date. He is a member of a number of musical groups and has performed his work across Wales and beyond, including tours in Europe, South America and Africa, He won the Crown at the Urdd National Eisteddfod yn 2016, and the Chair in 2019, becoming the first person in the history of the event to have won both main literary prizes. In 2019, he was appointed the National Eisteddfod’s first ever poet in residence, undertaking the work of responding to the community campaign leading up to the Llŷn ac Eifionydd Eisteddfod of 2023. He is co-editor of Welsh (Plural), a collection of essays on the future of Wales, forthcoming in March 2022. Y Pump, the series of YA novels he worked on alongside nine other authors and co-authors, won the secondary age category of the Tir Na N-Og awards 2022. His third collection of poems, Stafelloedd Amhenodol, reached the Wales Book of the Year shortlist in 2022.