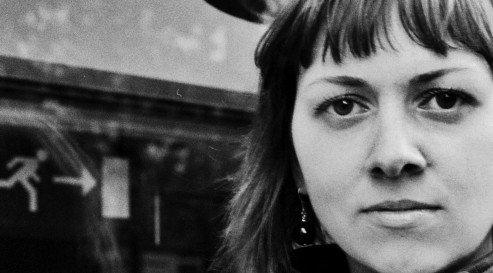 Zolude has had her works published in various periodicals, and her debut novel Silta zeme (Warm Earth) was published in 2008. Stories and excerpts from Silta zeme have been translated and published in anthologies in English, German, French, Swedish, Polish, Lithuanian, Hungarian, Czech. She received the European Union Prize for Literature 2011 for her short story collection A Solace for Adam’s Tree, which will be translated in Hungarian, Czech and Bulgarian. Zolude regularly reviews works by Latvian and foreign authors. She has also translated poetry by Philip Larkin and Robert Crawford, among others. She received a special award from the cultural magazine Rīgas Laiks (Riga Times) in 2007. She has taken part in many literary and cultural projects and has received several grants, including the Nordic Council of Ministers’ Baltic Sleipnir Grant. Her latest novel, Sarkanie bērni (Red Children), has won Inga Zolude both the annual prize of the Writers’ Union of Latvia and Raimonds Gerkens’ Novel Prize.

Inga’s Tramlines story about Brussels is available to read or listen to in Latvian and English for free on the Gimbal iPhone app.