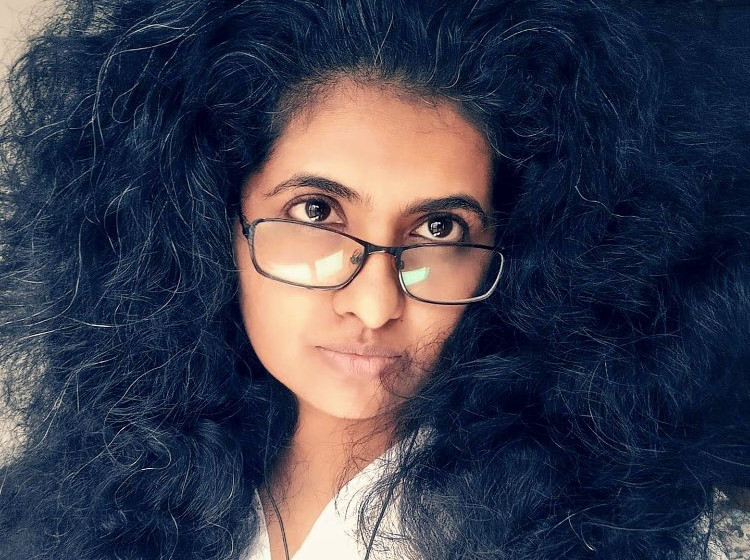 Maithreyi Karnoor (b.1983) is a poet, writer and translator of Kannada literature into English. She was born in Hubli and raised in Mudhol. Growing up in this small town in the northern part of Karnataka known for its multilingual (Kannada, Marathi, and Urdu) culture has informed and influenced her sensibilities as a translator. She has a master’s degree in literary and cultural studies from The English and Foreign Languages University, Hyderabad.

Her poems, Degrees and Jaani were shortlisted for The Montreal International Poetry Prize in 2017 and 2020 respectively. Her translations, poems, reviews, essays, and short fiction have appeared in AGNI, The Hindu, The Indian Express, Deccan Herald, Scroll, The Wire, Mint Lounge, Muse India, Businessline and  Joao Roque Literary Magazine.

Maithreyi was selected for the 2021-22 Charles Wallace India Trust Fellowship in Creative Writing and Translation, based at Literature Across Frontiers, University of Wales Trinity Saint David. She started her three-months’ fellowship residency in April 2022 with an appearance at the London Book Fair, before travelling to Aberystwyth, Wales.