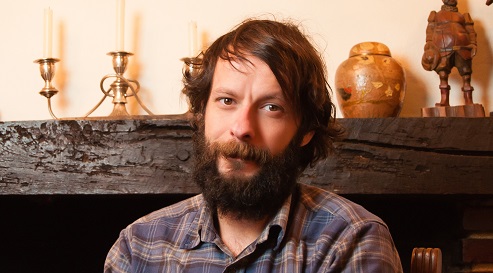 Manuel Astur (1980) is a Spanish writer, journalist and music producer. He teaches literature at the Escuela de Letras de Gijón. He has published the poetry collection Y encima es mi cumpleaños (And It’s My Birthday On Top of Everything, 2013), the novel Quince días para acabar con el mundo (Fifteen Days to End the World, 2014) and the essay Seré un anciano hermoso en un gran país (I’ll Be a Handsome Old Man in a Great Country, 2015), which have been acclaimed by critics and readers. His short stories have appeared in several Spanish anthologies and cultural magazines. From 2008 to 2010, he was the editor of the cultural magazine ARTO! de Madriz and he contributes to several publications, such as Tempo, Quimera and CTXT. He is one of the founders of the New Drama movement and his work has also been framed in the neo-rural literary movement. In 2016, he was chosen by the culture section of the ABC daily as one of the six most outstanding fiction writers in Spanish.

Manuel Astur was selected as one of Literary Europe Live‘s New Voices from Europe 2017.