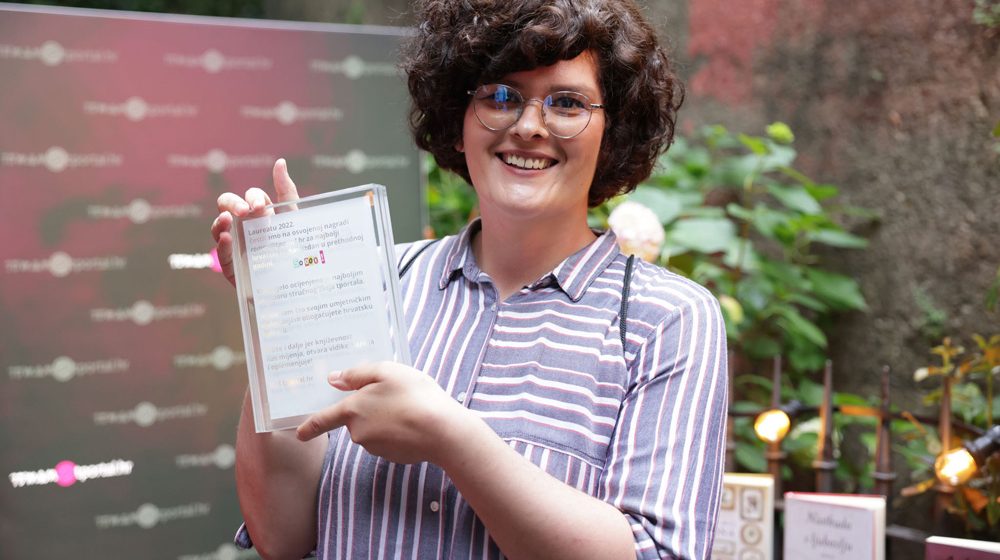 Marija Andrijašević (1984, Split) is a poet and writer. In 2015 she received an MA in Comparative Literature and in Ethnology and Cultural Anthropology from the Faculty of humanities and social sciences in Zagreb. Her manuscript Davide, svašta su mi radili won the prize “Goran for Young Poets” in 2007. Both before and after receiving this award, she has published poetry in cultural and literary magazines (Re, Quorum, Knjigomat, Poezija…). Her poetry is included in multiple contemporary anthologies (I u nebo i u niks, Hrvatska mlada lirika…), as well as the Italian anthology of selected poetry from the Balkans, Voci di donne della ex Jugoslavia. She has occasionally translated poetry from English for the Croatian Radio (HR3) and has interviewed female writers from the Balkans for Voxfeminae.net. Her poetry has been translated into Slovenian, Italian, Ukrainian, English, Swedish, Polish, Romanian and German. She has attended and completed the two-semester-long program held by the Centre for Women’s Studies in Zagreb. In 2018 she received the yearly scholarship from the Ministry of Culture for her first novel, Zemlja bez sutona, which was published in 2021 and went on to win the 15th tportal literary award for best Croatian novel.

Marija visited Caernarfon during her Ulysses’ Shelter residency in Wales, developed her writing “in a way I never thought I would write” and looks forward to seeing where it will take her.

She reflected on her experiences of the Ulysses’ residency in an interview and and also took part in a public poetry event during the Caernarfon Food Festival.