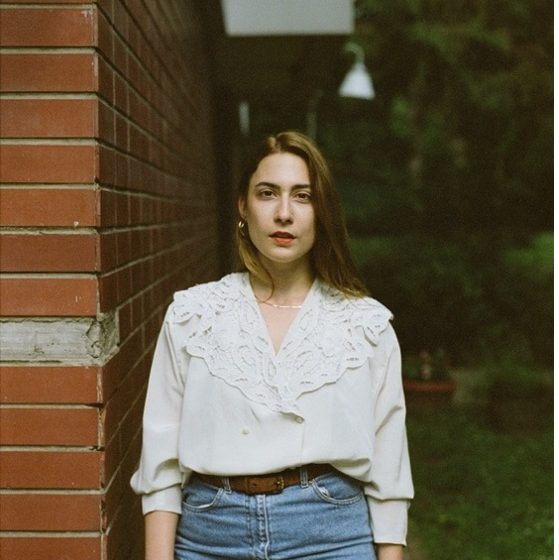 Maša Seničić (1990) writes and works in the field of literature, film and media. She obtained her BA and MA degrees at the Faculty of Dramatic Arts in Belgrade, where she is pursuing both theoretical and artistic research as a PhD candidate (Digital Humanities and Memory Studies). She has taken part in various local and international film, theatre, visual culture and poetry projects/workshops/events – as a participant, a lecturer and an editor – while also contributing to film festivals as a writer, a moderator and a programmer (Brave Balkans, Belgrade Auteur Film Festival). In 2015, Seničić won the prestigious Mladi Dis prize for the unpublished manuscript, which led to her first poetry book “The Ocean” (Okean). Her second book, “As Occasional as a Vacation Home” (Povremena poput vikend-naselja) was published in 2019 (Treći Trg) and awarded the Dušan Vasiljev prize for best regional book. Her literary work has been published across the ex-Yugoslav region and Europe, in magazines (Poezija, Polja, Letopis Matice srpske, Zent, Prosvjeta, Buktinja, Dometi, Književne novine…), anthologies/collections (Rukopisi, Dostojno jest, Ovo nije dom, Čiji grad?, La Nouvelle poésie BCMS, Anthology of Young Serbian Poets, Logične pobune) and web magazines (Agon, Eckermann, Libela, Strane, Kritična masa…). As a freelance author/content creator Seničić is contributes to various publications, galleries, events. In her independent projects, she is interested in exploring spatial and material boundaries of printed and digital material/text.

Towards the end of her residency in Caernarfon in May 2022 as part of the Ulysses’ Shelter programme, Maša spoke about her experience of residencies and their benefits for writers.

Maša wrote and performed the following new poem at a public poetry event.

a meal of one’s own

in the beginning was the dining table

and the dining table was with family,

and the dining table was family.

then I grew older and recognized

that the cutlery has been inherited

and that the tablecloth has been flattened.

that someone had, surely, ironed it,

and that this someone is a woman

seated closest to the kitchen, her hands

must bake and serve, bring, and take.

then I grew older, and this woman became me

– the table decides where I should stand

and which conversations are not

still, I never learned how to bake.

I sway on the edge of the chair, halfway

into my role, my other leg inside this body

of text. on distant shores I learn that the smell of the sea

is the smell of death; what about the salt, I ask,

and my hand is stretching from the castle

over the muddy harbour, across all the dishes,

reaching for the seasoning.

the birds’ voices take over the sunset and the tower

is on fire shortly before becoming stone again,

a spectacular corpse, diet for visitors

who are food for the seagulls,

as is gulfweed abandoned at low tide.

sea salt is the bedrock for both landscapes I inhabit.

miles away from home it is finally hunger

who invites me to dinner: hot air

in the small kitchen appliance obeys

by moving particles of a precooked meal,

ding! I open its door and eat using a fork

what I’ve always known is that the smell of death

is the smell of the feast; of all concerns this one is crucial.

being devoured. it is only through accurate verbs

that I can see clearly: at whichever waterfront I arrive

I remain reduced to my family’s silverware

in all the languages,

with all my tongues.