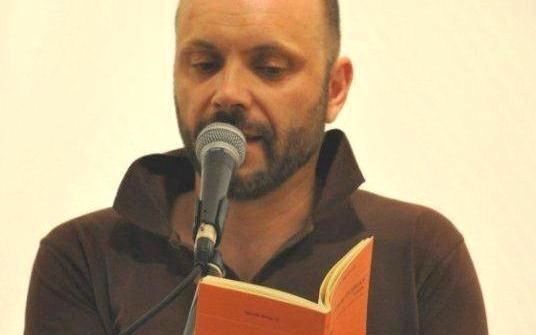 Maurizio Mattiuzza was born near Zurich and returned to his father’s homeland, Friuli (a region in the Northeast of Italy next to the Slovenian border), in 1976. His beginnings as a poet go back to the time of his involvement in the Usmis magazine and the poetry movement of Trastolons, of which he was one of the co-founders. He published four books, notably L’inutile necessità(t) (2004) with a preface by Luciano Morandini and a postface by Claudio Lolli and his most recent, Gli alberi di argan (2011). He also works as a lyrics writer and spoken word performer in collaboration with songwriter Lino Straulino. Together, they recorded the album Tiere nere (Nota Records) and went on a very long tour, as part of which they also held a live concert for the Swiss RTV. Maurizio is the winner of a number of important Italian literary awards and has appeared at several poetry festivals. He writes poems in Italian and Friulian and even in the dialect spoken in a valley in the Italian Alps, where his mother comes from.