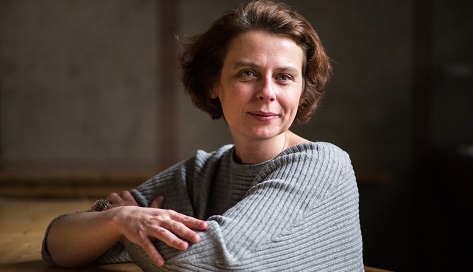 Nathalie Ronvaux (1977) is a poet and playwright from Luxembourg. She writes in French and has published four plays and five poetry collections, including La liberté meurt chaque jour au bout d’une corde (Freedom Dies Every Day at the End of a Rope, 2012) and two art books of poetry in collaboration with visual artists Bertrand Ney and Robert Brandy. Her first collection Vignes et louves (Vines and She-Wolves, 2011) was awarded the Encouragement Prize by the Servais Foundation in 2010. Her play La vérité m’appartient (The Truth Belongs to Me) received the first prize in the National Literary Contest in 2013 and was staged in Luxembourg in 2016.

Nathalie Ronvaux was selected as one of Literary Europe Live‘s New Voices from Europe 2017.