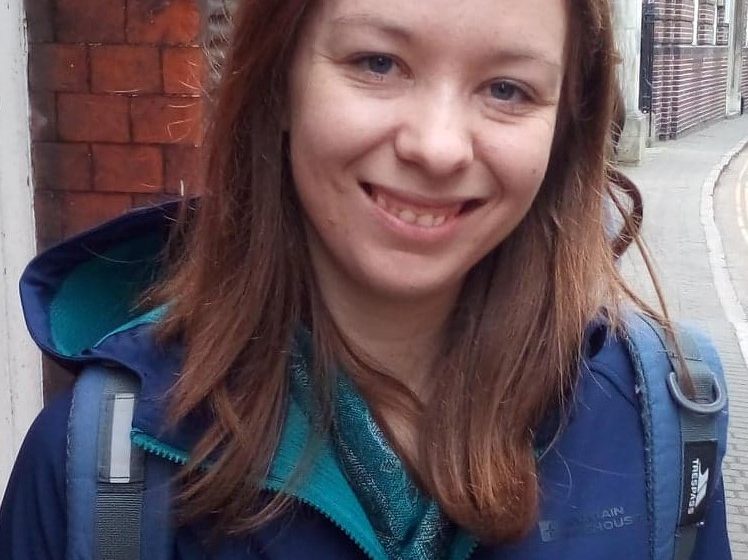 Rebecca Thomas (born 1992) is a medieval historian at Cardiff University, specializing in the history, culture, and literature of medieval Wales. She is especially interested in the construction of Welsh identity in medieval texts, and her monograph on this subject, History and Identity in Early Medieval Wales, was published by Boydell & Brewer in April 2022.

She is also a writer of medieval historical fiction, and her first novel for young adults, Dan Gysgod y Frenhines (‘In the Queen’s Shadow’) was published by Gwasg Carreg Gwalch in July 2022. This novel tells the story of Angharad, an illegitimate daughter of the Welsh king Hywel Dda (Hywel ‘the Good’) and re-creates the most important political events of the tenth century through her eyes. We gain an insight into the constraints on female power and agency in the Middle Ages, as Angharad seeks to protect her independence and voice in a world that did not want her to possess either. But we see too how these constraints could be overcome as Angharad manipulates those around her to influence the course of history.

In 2021, Rebecca’s personal essay on landscape and names in south Wales, ‘Cribo’r Dragon’s Back’ (‘Crib Notes on the Dragon’s Back’) won the inaugural O’r Pedwar Gwynt (‘From The Four Winds’) essay prize. The award was organised in collaboration with and sponsored by the Coleg Cymraeg Cenedlaethol.

She took up residency at Ljubljana in May 2022, as part of the Ulysses’ Shelter Programme where she worked on another essay to be published in O’r Pedwar Gwynt.