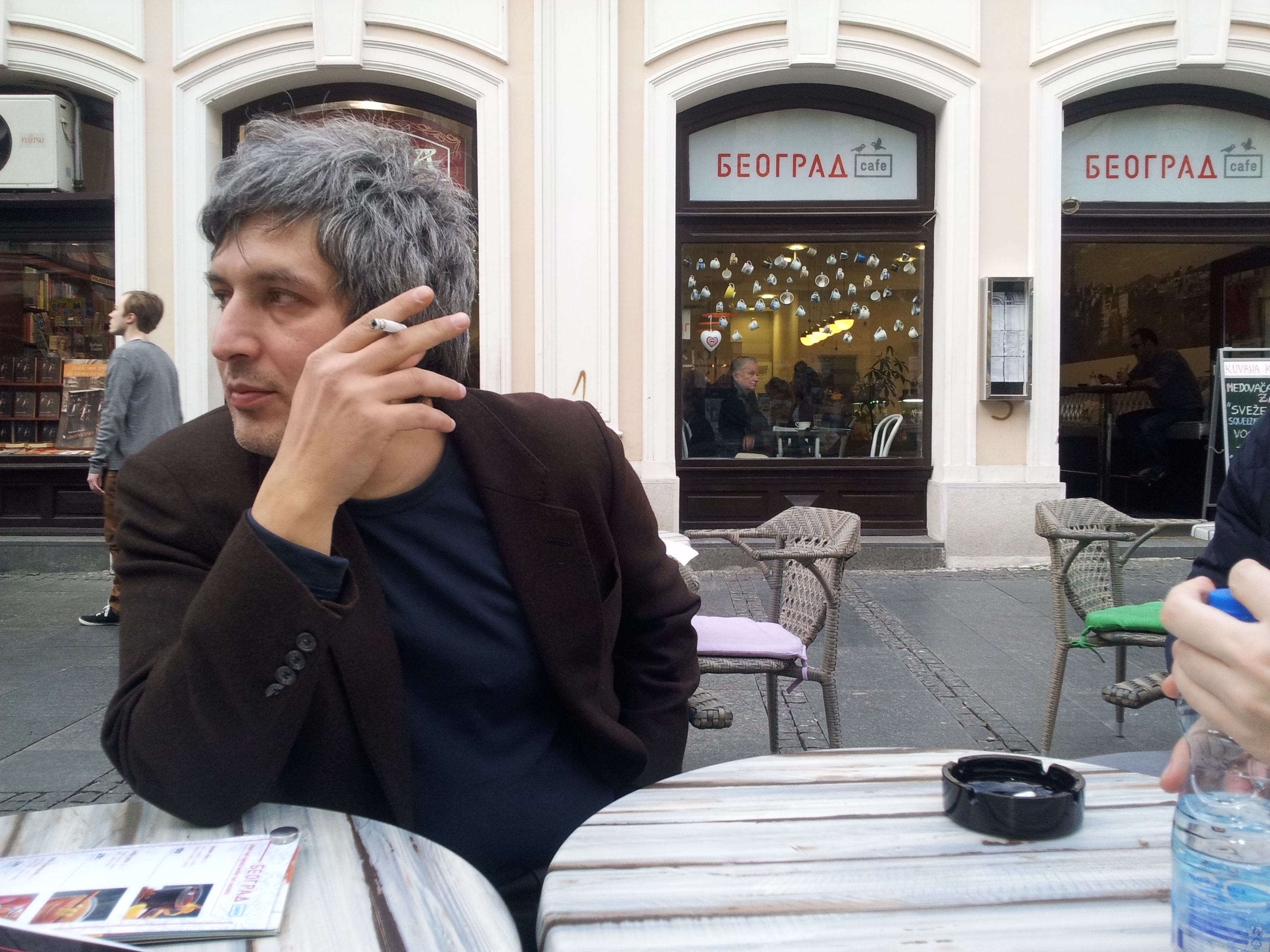 Semyon Khanin (real name Alexander Zapol, 1970) is a poet writing in Russian, a translator of Latvian poetry into Russian, and editor of numerous poetry collections of Russian and Latvian poets. He was the compiler of the anthology Latviešu/krievu dzeja. Latviešu dzejnieku krievu valodā rakstīti dzejoļi (Latvian/Russian poetry. Poems in Russian written by Latvian poets) and co-editor (together with Artūrs Punte) of the anthology Современная русская поэзия Латвии.1985 – 2005 (Contemporary Russian Poetry in Latvia: 1985 – 2005). Khanin’s poems have been translated into English, German, Italian, Czech, and Ukrainian as well as several other languages. He is one of the key members of Orbita, a multimedia group of poets and artists whose works aim at creating a dialogue between various cultures and genres (literature, music, video, and photography). Orbita is also involved in innovative publishing and book design. Their work has been presetted most recently in Hit Parade: The Orbita Group, published by Ugly Duckling Presse in 2015, and in the bilingual collection Peldus / Вплавь (Afloat), 2013.