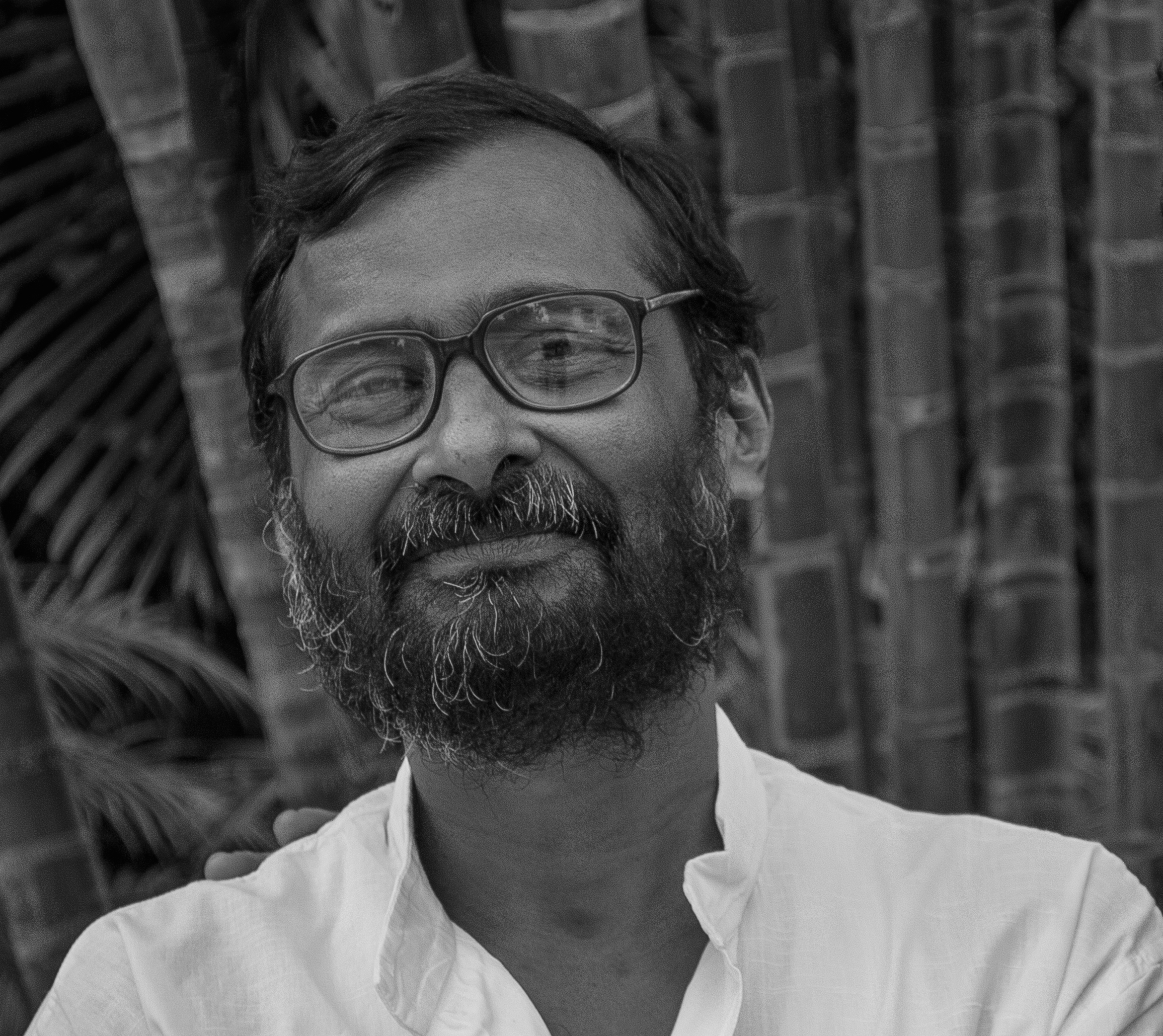 V. Ramaswamy (1960) is a non-fiction writer and translator based in Kolkata, India. As an activist working for the rights of the labouring poor, Ramaswamy has written about workers, squatters, slums, poverty, housing and resettlement, and has been at the forefront of efforts to envision and initiate the rebuilding of his city from the grassroots. Since 2005, he has been translating the short fiction of the Bengali anti-establishment experimental writer, Subimal Misra, whose critical eye examines the society, politics and culture of his time.

Two collections of Ramaswamy’s translations of Misra’s stories have been published so far: The Golden Gandhi Statue from America (2010) and Wild Animals Prohibited: Stories, Anti-Stories (2015) both by HarperCollins India. A third volume comprising two anti-novellas is under publication. He is currently completing a final collection of Misra’s late stories and working on the translation of another contemporary Bengali author, Manoranjan Byapari.

Although a Tamil, he has developed a thorough knowledge of literary and colloquial Bengali and is the only translator the reclusive Subimal Misra trusts to preset his work to the outside world through the medium of English.