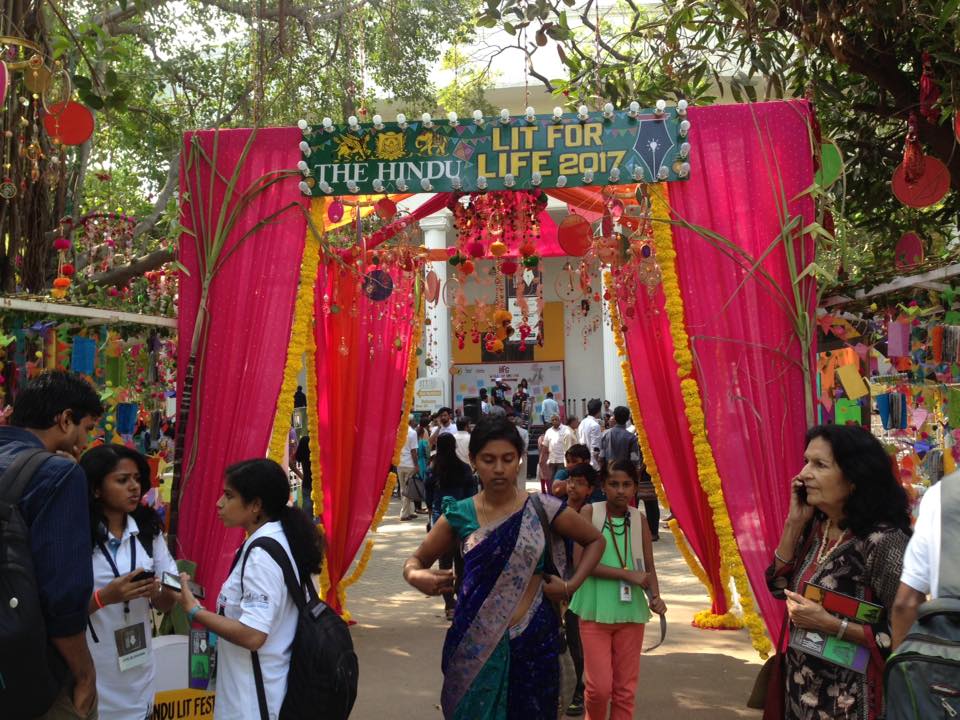 During Literary Europe Live in India, twelve European writers are meeting Indian audiences, publishers and journalists at six literary festivals of the winter season. Rumena Buzarovska, the Macedonian writer and one of New Voices from Europe, writes about the Hindu Lit for Life Festival:

“The Hindu Lit for Life proved to be a rewarding experience. Not only does it feature popular and relevant international writers and journalists, but it also flaunts an impressive array of regional and local writers and artists, which was for me the greater discovery. Its scale is perfect for learning and sharing – even though it counts over an audience of over 12,000 registered people who participate in the sessions by actively and intelligently interacting with the speakers. The Tamil writers with their language and culture give this festival its special flavor. In terms of the sessions, they focus on allowing the authors to voice their opinions on various topics, ranging from local and global politics, to translation and writing practices, film, documentary, fashion and cuisine. The moderators of the sessions were dedicated and engaging, while the organization of the festival was flawless. It is indeed a rare festival – it has made lasting impressions on me and I would be always willing to come back as a listener or participant.”