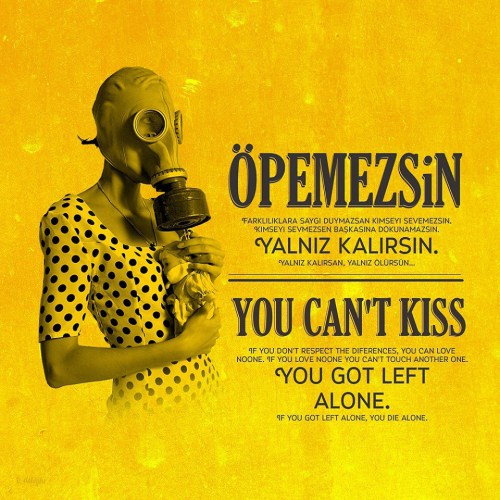 Poets across the world are showing their solidarity with Turkish writers and protesters currently demonstrating against state oppression and police violence in Istanbul, Ankara and other cities in Turkey.

Solidarity Park Poetry is “a space created by poets for poets from all over the world in a show of Solidarity with the verve, courage and ‘soul force’ of the Turkish people as they struggle to own what is theirs. In this space we will share poems written and given in solidarity as well as images and reports  from the reality on the ground in cities and towns across Turkey.”

Solidarity Park Poetry is calling on writers to send poems in solidarity to be published on  http://solidaritypark.wordpress.com. So far poems have come from poets such as K. Satchidanandan from India and Marije Langelaar from the Netherlands as we all as Word Express writers Katerina Iliopoulou from Greece, SJ Fowler from the UK and Pelin Özer from Turkey.

“I cannot applaud tyranny, I can never love a tyrant.” Turkish poet Mehmet Akif Ersoy, quoted by Turkish Prime Minister Recep Tayyip Erdogan, on stage before a crowd of 10,000 on 6th June, 2013.

According to Alev Yaman and Erda Halisdemir, reporting for English PEN, Erdogan also invoked Ersoy’s epic Safahat and 13th century Anatolian Sufi humanist poet Yunus Emre. Poetry, then, is at the heart of the struggle in Turkey, and – as with public space – no government, politician or party should be able to claim control over the power of poetry to inspire, persuade and empathise. We as poets internationally propose a poetic #ResistTurkey / #OccupyGezi to celebrate both the spaces and discourses of freedom of expression, which Erdoğan’s government has repressed.

We offer our words in solidarity, as translations and inspirations drawn from the creative protests in words and actions taking place across Turkey, and we invite you to join us in doing the same.

Please email us new or previously published poems that resonate with these issues, or alert us to links to any new poems being published online. Our email address is: solidarityparkpoetry@gmail.com. Please submit no more than  three poems and include a short bio and an image that either reflects your thoughts on resistance or an author photo. We welcome poems in all languages, including sign languages and visual poetry. If you do have an English translation handy by a reputable translator then do send it along. Turkish-English and English-Turkish translators are also invited to get in touch!

“Come here, let’s make peace, let’s not be strangers to one another.” Yunus Emre

You can also join Turkish writers in signing a petition condemning the violent government crackdown.