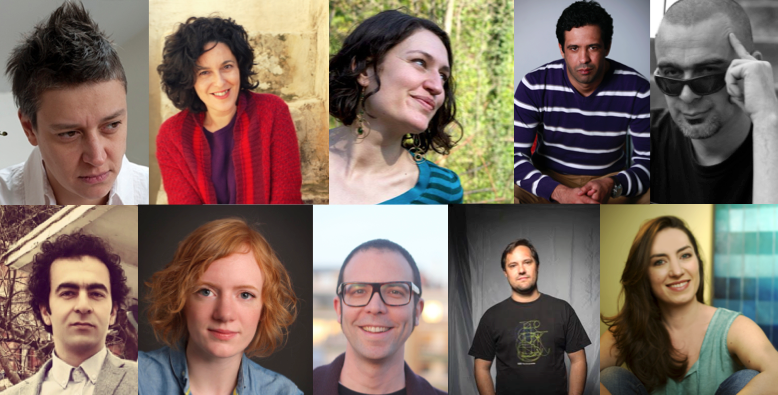 Ten of the most interesting writers working in Europe today have been selected for special promotion by an international jury drawn from prestigious literary venues and festivals.

The selection was announced at the 2016 London Book Fair on Thursday 14th April 2016, as part of the Literary Europe Live project led by Literature Across Frontiers.

Over the next twelve months, the work of these ten literary creators will be promoted in a series of live and digital events across the European Union and beyond. An anthology of their writings will also be published.

The aim of the New Voices from Europe selection is to highlight the richness and diversity of European writing in all its genres and languages, including minority languages.

“Our New Voices will be given an opportunity they might not otherwise have with similar international or European awards,” said the Director of Literature Across Frontiers, Alexandra Büchler.

“They are not only novelists which is who most publishers seem to be looking for. In fact they exemplify the diversity of the European literary scene: they write in a variety of genres and many of them are also literary translators, critics or cultural journalists.”

“Some of them write in a language which a national jury might not read or their own state does not recognise, despite the fact that it is spoken by millions. Alternatively, they may be writing in a language so small that their readership at home is limited to hundreds and there are few literary translators who can render their work in other languages. But all this does not mean that they should not be heard – so with the New Voices selection, we are doing what Literature Across Frontiers has done for the past fifteen years now. We’re making literature travel, sometimes from the most unexpected of places.”

Read more about our Ten New Voices From Europe