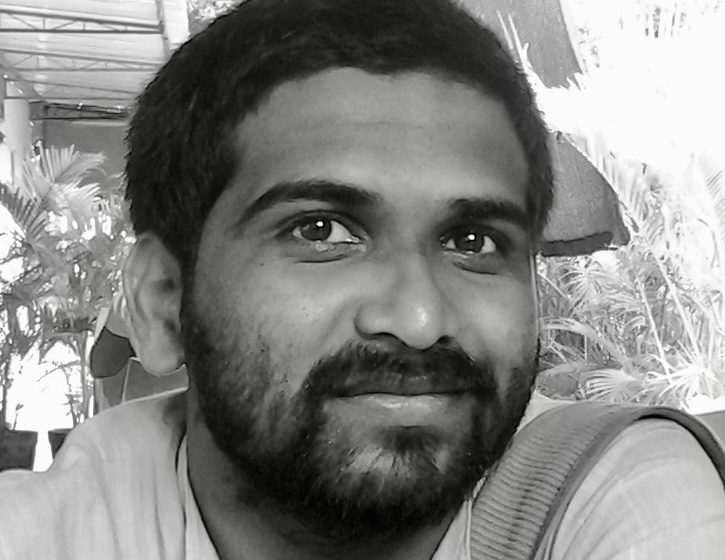 We are delighted to announce that the 2022-23 CWIT Fellowship in Creative Writing and Translation at Literature Across Frontiers, University of Wales Trinity Saint David, has been awarded to writer, film maker, journalist and translator Samvartha Balkatta, also known by the pseudonym ‘Sahil’.

Samvartha ‘Sahil’ is based in Manipal, a university town in coastal Karnataka. He holds a Master of Philosophy in Theatre and Performance Studies from Jawaharlal Nehru University in Delhi and a Diploma in Screenwriting from the Film and Television Institute of India in Pune, and he writes, teaches and translates for a living. Samvartha has worked with filmmakers Shri Prakash, Ananya Kasaravalli, PN Ramachandra in the Direction and Screenplay departments, and has co-written and co-directed a documentary on mental health with Sakshi Gulati. He earlier worked as a journalist with The Hindu and lectured at Manipal University. A recipient of the Prabhash Joshi Media Fellowship and Karnataka Sahitya Akademi Travel Fellowship, his publications to date include translations into his native Kannada of two poetry collections, one by the award-winning Marathi filmmaker and poet Nagraj Manjule and another by the Dalit anti-cast activist, poet and publisher Yogesh Maitreya. He also published a collection of column writings originally in Kannada and is fluent in Hindi, Urdu, Marathi, as well as English.

Samvartha will spend three months in Aberystwyth from April to June 2023. During his residency, he plans to write a feature film script in Hindi and translate poetry from Hindi into Kannada. He will meet Welsh writers and film makers, give a seminar to students and a talk for the general and professional public.

“Having so far supported projects revolving around English, we are pleased to award the CWIT fellowship to a multilingual writer and translator who will work with two Indian languages, particularly at the start the UNESCO Decade of Indigenous Languages,” said Alexandra Büchler, Director of Literature Across Frontiers. “We are also thrilled to make it possible for a film script to emerge from the fellowship, another first for us, having previously supported the writing of poetry, non-fiction and short fiction in English. I believe that Samvartha will benefit from contact with the literary and film-making community in Wales, and particularly with the creatives based at Canolfan Yr Egin at the Carmarthen campus, while offering his writing and translation expertise to creative writing students at the University of Wales in Lampeter.”

The fellowship is made possible by