I have always envied places where one can read the time from their surfaces. Cobbles worn down by footsteps for example, statues rubbed smooth by thousands of fingers, attics stuffed full with centuries of junk or gardens run wild, rock faces carved with ancient script and traces of bullet hails in brick walls – I find all this very appealing.

In places like these, it seems that something has come to a halt or a standstill in the midst of the stream of time, so that the very essence of time seems to shine forth for a brief moment. But perhaps I merely cherish the hope that the people in such places are weighed down by the place’s history, that they too are at least granted a weight for just as brief a moment.

I myself was born into a world made solely of the future, a universe without legacy or inheritance.

The buildings I lived in until adulthood never bore traces of any history, any past shaped by forebears. The apartment blocks had always just been built and were so fresh that we could still smell the concrete every time we moved in.

I remember that in those days, my eyes were focused only on what was called the times to come. Society in the eastern part of Germany thought of itself as a one-way street at that time – in a positive sense. It could only go forward, into a glorious and desirable era in the name of Communism. In public life, talk revolved around what was dawning on the horizon, a new age that had overcome the old one. An entire society had cut itself off from the past. Everything was so new and daring that there were barely any traditions.

It could have stayed that way, but things went differently. What happened was perfectly normal, and was called history. Which means, in turn, that we could watch time working.

The town where I grew up was an artificial place. During socialist times, the former fishing village had been made into a small modern town. Elsewhere in the country, it was manufacturing plants, mines or cooperatives that stamped such artificial towns out of the ground; in this place, it happened to be the military that had placed apartment blocks, a cinema and a cultural house there. Bit by bit, the old village was riddled with new roads and new buildings. For the old inhabitants, the landmarks changed, but the old inhabitants weren’t important. Most of the people came from elsewhere. They were the new inhabitants and they were delighted at so much modernity.

The only thing that recalled an earlier time was the church. It was at the centre of the small town, but it was a kind of forbidden place. There were no warning signs outside it but it was to be avoided, reviled – a house of those eternally trapped in the past, as they said, a useless relic of earlier times – while all around it buildings of a new and different time had been constructed. A time that pointed the way to the future. And so the church was gradually forgotten; an empty centre evolved, around which everyday life played out without anyone even thinking of entering it. (Although I passed it almost every day, I too kept away as instructed.) The fir trees surrounding the old brick church cut it off from the rest, this island of a bygone era that was no longer valid. Anyone who did go inside was registered. I don’t know whether they were also penalized but they were at least ridiculed. And secretly also denounced, for their naivety, their temerity, their out-dated views. They had simply, as they said at the time, not yet arrived in the HERE AND NOW.

I don’t know whether we save ourselves if we try to be an unmoving pebble in the so-called stream of time, or whether the true determination of the self doesn’t lie in going along with time. Should we assent to the fact that everything and we ourselves are constantly changing, or should we brace ourselves against it?

One thing is for sure: the town where I grew up no longer exists. In the meantime, everything modern, all the buildings of the future, have disappeared. After the 1989 revolution, the town was rendered useless as a military base. Most of the inhabitants moved away. The place grew empty and shrunk back to its former size. The buildings were abandoned, demolished.

All but one of them: the church. It remained standing and is still there now.

The ancient has thus become the brand new again, the once out-dated is the only thing to have stood the test of time.

It seems to me that it’s not me who has moved, but the world that has moved around me.

The church reminds me of this. As a child, I found God something very unreal, rather like a character from a fairy story. With regard to the lifetime of the buildings in my childhood town, it seems as if He had suddenly come zooming up to the present at breakneck speed, as if He wanted to make up for lost time by going twice as fast. God, or so it seemed for a while after the revolution, had caught up with me in a most insolent way.

They say the only things that count in life are the things we remember. That seems to be all the more important when there is no longer any evidence of the past.

I no longer have any evidence of my past.

There was no transition between what I learned and experienced as a child and as an adult. They are two different worlds that have nothing whatsoever in common. Harmonious growth – tap, tap, tap, gentle steps into the next stage along – is something I have never known. But perhaps it doesn’t exist at all, for anyone. The link to my childhood, at any rate, is not a house I could visit, not a place to which I could return, not a cemetery with a column or at least a simple gravestone. The only link is my memory. This memory, though, has been gradually changed by my imagination, to such an extent that it has become an autonomous world of the past.

So when I say that I write about the world of my childhood, what I mean is that secret, self-constructed world. But why secret, in fact? It does shine forth and live in my books! Is there any historian or chronicler of the other version, the real reality, who might dispute my variant of the past? No. I am alone in this respect. In this case, I am the sole administerer of the justice of the past. I know that it has all gone by, disappeared. That disappearance makes me into a liar, a mythomaniac. How else am I to bear the pain?

Those who grow up in the weightlessness of the present day know that only our own imaginations can weave the web back to the past. The link to what once was must be reinvented again and again. It is not historical precision, but imagination that holds the spaces together.

As a writer, I leave behind papers, notes, bound descriptions of my, our lives, in the hope that someone might wander around the place of my existence. In the certainty that they will get a false impression, read the false signs, because the place has always been unrecognizable.

Writing short stories and novels is nothing more than an attempt to dredge up the past. It doesn’t exist, that unaffected, untouched time. The gentle wedding of the present to what once was. It is not possible to find oneself. As a writer, I know it is a ridiculous struggle, our ideas are wrong, and it is an act of desperate souls, rendered desperate by time. An absolutely old-fashioned activity, this inability to let go, this interest in everything stagnant about a person, everything that holds him back, holds him at all in time, this obsession with the heavy mass of memory.

In her first novel, Un barrage contre le Pacifique, Marguerite Duras writes about her mother’s struggle against the ocean, which is constantly threatening to flood the fields and the family property. American literary scholars have found out that the Duras family never lived on the Pacific, but hundreds of miles away, on the Chinese Sea, where their land was never in danger of flooding.

Duras exorbitantly exaggerated her past, in other words. Exorbitance makes the real world into a mythical world. The world in literature is a world of dreams and delusions or does not exist. It is only this kind of myth that makes it possible to make contact with more essential things than the issues of the daily news or political events… Without this kind of myth, what we are dealing with is an amputated reality.

The time of literature is not the present, but eternity.

That seems to me to be the connecting element across all national content. 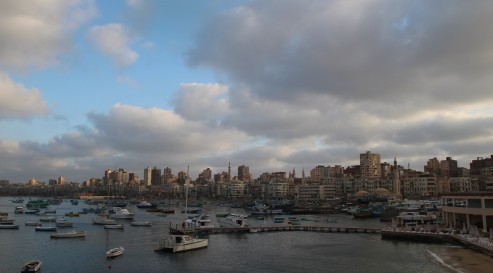